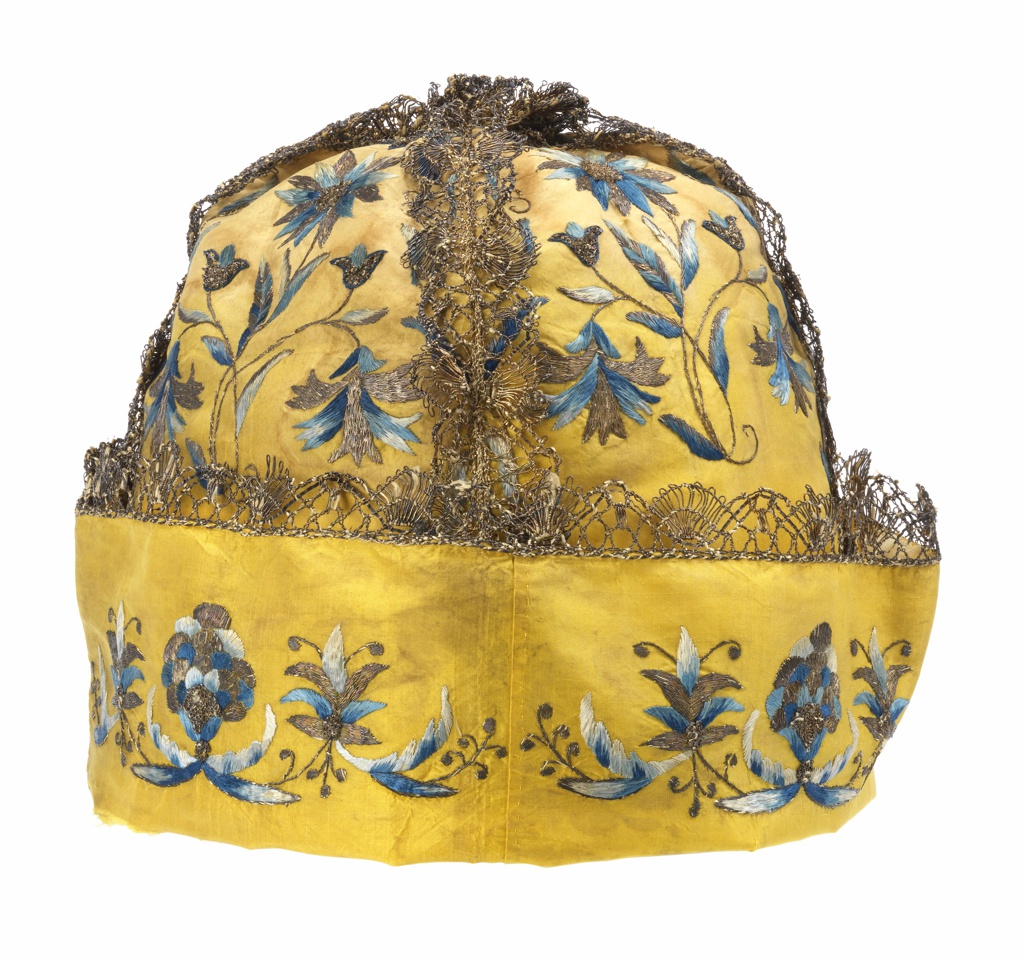 This nightcap consists of four embroidered sections of cloth joined and bordered with braided lace made of silver-wrapped thread. The lower edge, embroidered on the opposite side, is folded up to form a brim. The style of the embroidery, which also uses silver-wrapped thread, is called chinoiserie (Chinese-esque), and includes imaginary, exotic-looking flowers that represent a fanciful European idea of the East. This nightcap was probably embroidered by women in a workshop overseen by male tailors, and used to keep a man’s head warm when he removed his wig. Men of many social classes wore wigs, even during the most informal social gatherings. Nightcaps were worn whenever the wigs were removed, during private work or intimate meetings like the morning toilette, when elite men received guests such as merchants and religious advisors while attendants helped them to dress and to curl and powder their wigs. Nightcaps also appear in portraits of some artists, writers, and doctors to suggest the timelessness of their professions.