Flowing Form Blends the Man-Made with the Organic 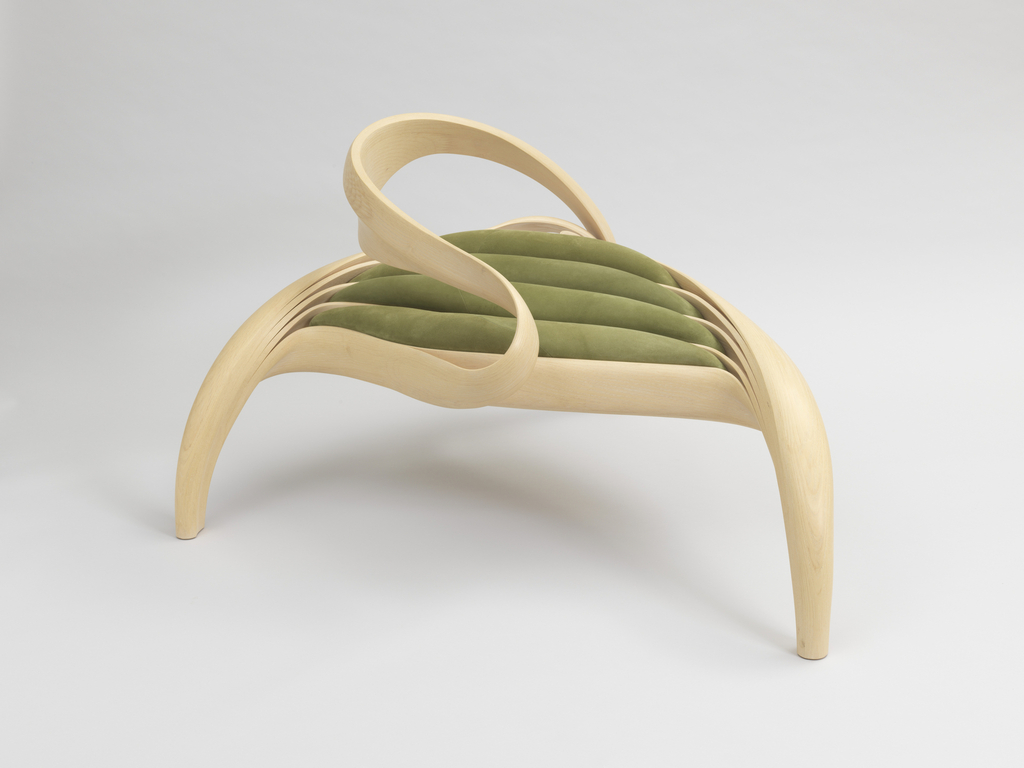 The Enignum Free Form Chair by Joseph Walsh curves, swirls and ripples in a manner that is reminiscent of furniture from the Art Nouveau period, yet it is contemporary in its overall aesthetic. Joseph Walsh, a self-taught designer and builder, started working with wood at the age of eight, and honed both his woodworking skill and his design sensibility over the years. Raised on a farm, with his studio adjacent to an orchard, Walsh is deeply inspired by nature and his surroundings and feels they are essential to his creative process.  In 1999, at the age of 20, he founded his own studio in Cork, Ireland and in 2008 he had his big breakthrough with a solo show in New York. Today he employs a team of craftsman from around the world.

While the sinuous nature of the form calls to mind Art Nouveau, the craftsmanship of the piece ties it to the bentwood furniture that originated in the 18th century and was perfected in the 19th century. Through his design process, Joseph Walsh has updated the techniques of bentwood. He has become a major figure in a design method that blends new technology with skilled handcrafting techniques that date back to the 1830s.   This Enginum Free Form Chair is a realization of a seating form developed from models and drawings. The museum  acquired the chair, and associated process pieces as a gift from the designer in 2015.

In Walsh’s design process, the forms are first conceived as a concept, which is sometimes rendered in a pencil sketch indicating how the general physical characteristics of a piece of wood are going to form the curves and bends of the design. In the next step CAD (computer aided design) is used to develop a three dimensional rendering of the piece. This step may be aided with models that help visualize the lines and curves being created. Lastly, the wood is cut into strips and bent into the elegant curves that denote the purpose of the form, be it a chair, a table or even a bed.

Enignum refers to a group of related seating furniture that Walsh began producing in 2011. The name is derived from two Latin words, “enigma” meaning mystery and “lignum” meaning wood.