Afternoon at the Museum 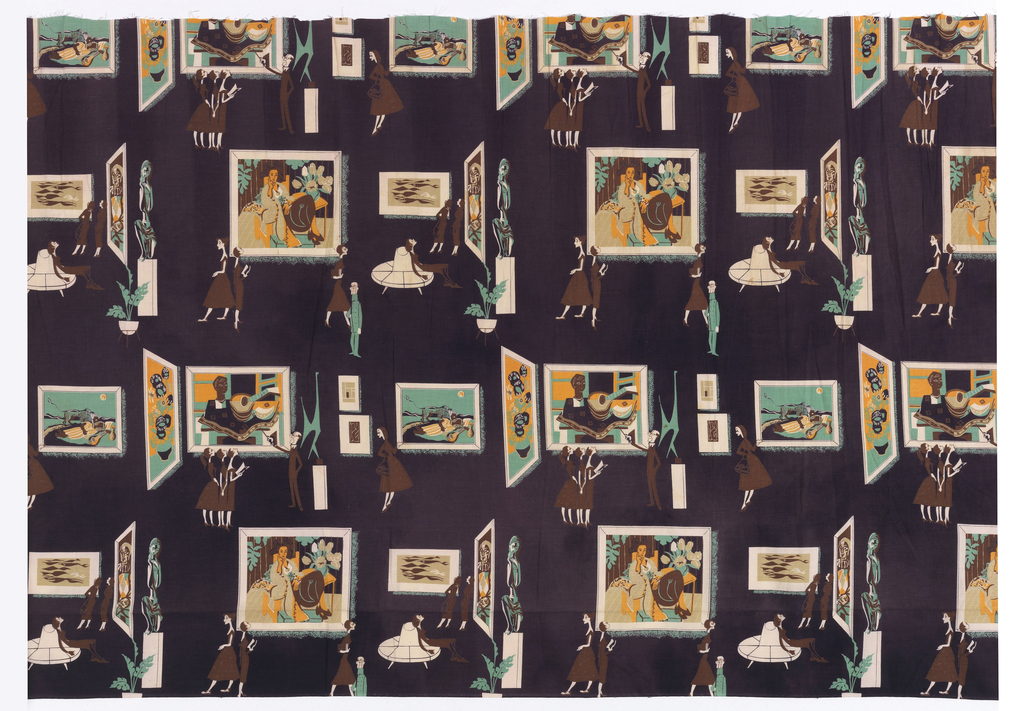 Little is known about this dress-weight cotton fabric, which arrived at the museum in a padded envelope with no return address. It was probably an inexpensive “novelty print” intended for the home-sewing market. This piece had been previously made up as a dirndl skirt, which requires very little shaping, so there is an uncut rectangular length.

The pattern depicts fashionable ladies of the 1950s visiting a museum, perhaps the Museum of Modern Art, New York. One of the artworks is recognizable as Henri Rousseau’s The Sleeping Gypsy (1897), which is in MoMA’s collection. The remaining works include a vase with sunflowers by Vincent Van Gogh, a harlequin painting by Pablo Picasso, a portrait by Henri Matisse, a small canvas by Piet Mondrian, and a sculpture by Alexander Calder. These works, however, appear to be more generalized references rather than depictions of specific works.

Although the designer is not known, and it is not a high-end fabric, the pattern provides a witty commentary on the post-war cultural scene in the urban United States.