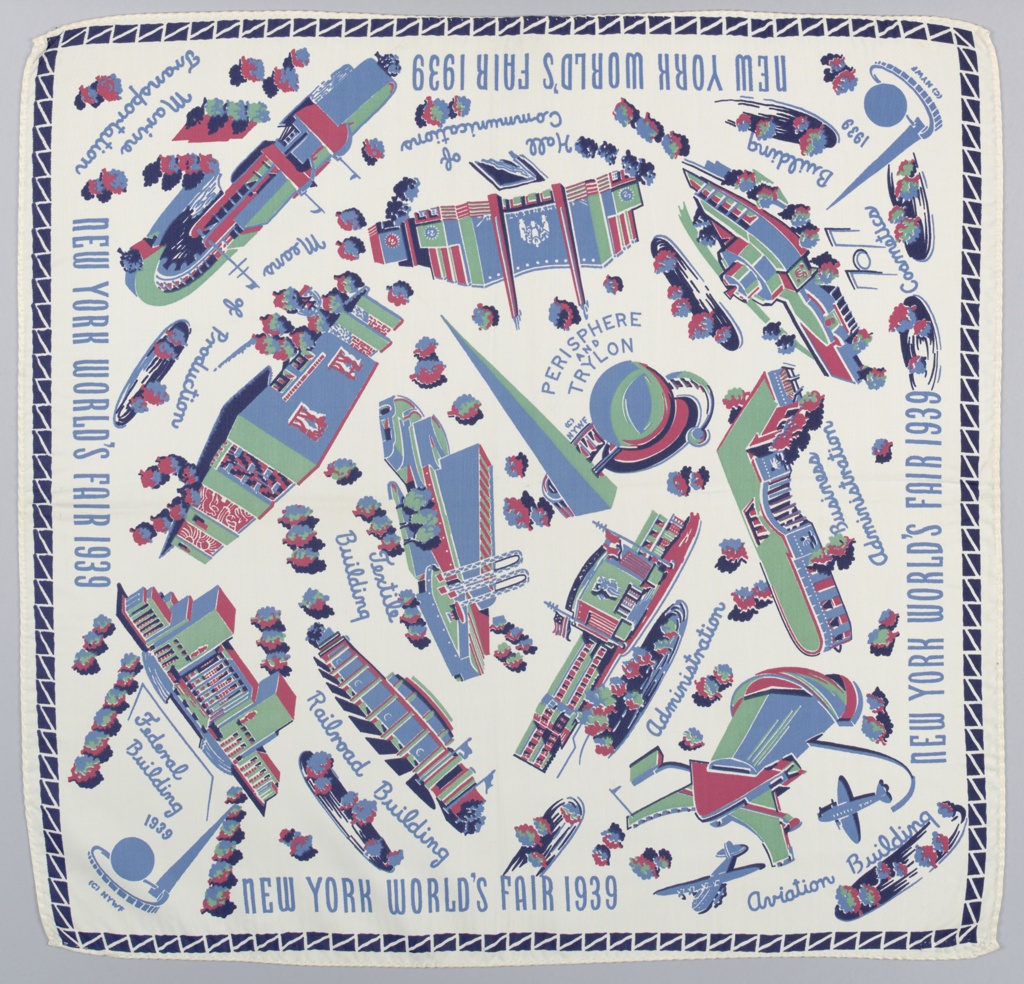 The Trylon was a 610 foot tall obelisk, built next to the Perisphere, a massive sphere with a diameter of 180 feet. Together, the two structures became the most iconic image of the 1939 World’s Fair, as evidenced by the trademarked “Trylon and Perisphere” logos in opposite corners of the scarf. The Fair Corporation licensed over 9,000 vendors to create over 25,000 styles of merchandise with the copyrighted Trylon and Perisphere symbol[ii], from salt and pepper shakers to mirror compacts to this bright, collectible scarf. Cooper Hewitt’s collection holds a number of handkerchiefs from the World’s Fair of 1939, proving their popularity with fairgoers.

Sydney Friedman is a candidate in the MA History of Design and Curatorial Studies program offered at Parsons The New School of Design jointly with Cooper Hewitt, Smithsonian Design Museum.

← It goes to your head
Reclaimed Wool: Brown’s Beach Jacket →