Flowers for a Gent 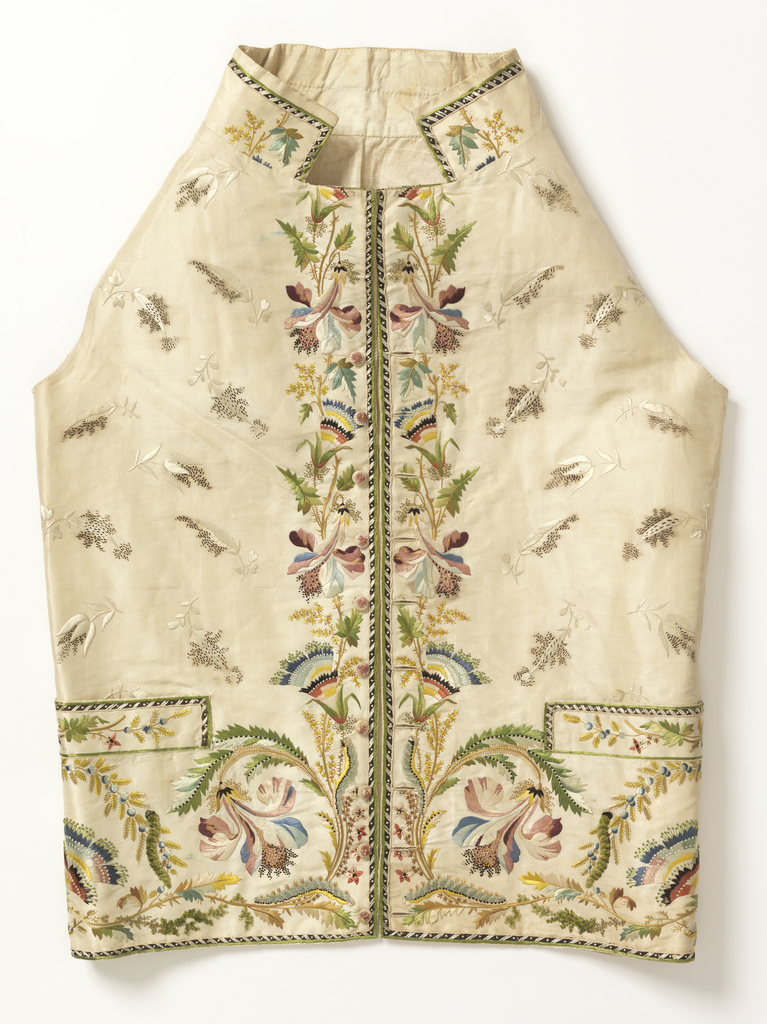 The waistcoat was the centerpiece of male costume in 18th-century France. Similar to a vest, the hip-length garment was almost always worn as a part of the habit à la française, the precursor of the three-piece suit, which included a waistcoat, a coat, and breeches. The waistcoat did not necessarily match the rest of the outfit, and it often included the most decoration and embellishment. Flowers, stems, leaves, and caterpillars are embroidered in various colors in the areas that likely would be seen beneath the coat. The rest of the front features a repetitive floral pattern in white and black. A suit would be worn on formal occasions and at some informal social gatherings. These luxurious outfits epitomized the leisurely pursuits of the noblemen, and they were not suitable for physical labor or professional pursuits, which were considered incompatible with high status. This waistcoat was probably a product of a garment workshop, where embroidery would have been completed for the separate pieces of the waistcoat. Customers would buy the embroidered patterns from a merchant and take them to a tailor to be cut and assembled to fit them.

← Where It’s At
Cat on a Hot Thin Tile: A Grueby Faience Company Tile →

One thought on “Flowers for a Gent”

I like the waistcoat it’s classic looking one, the floral print and embroidered patterns was very good looking this type coats uses in occasions. sleeveless style very good and the neckline patterns so good and front button fashion style is very classic looking, i like your blog and thanks for sharing your good words it’s so useful blog once again thanks for sharing your posts.