This Museum is Gorges 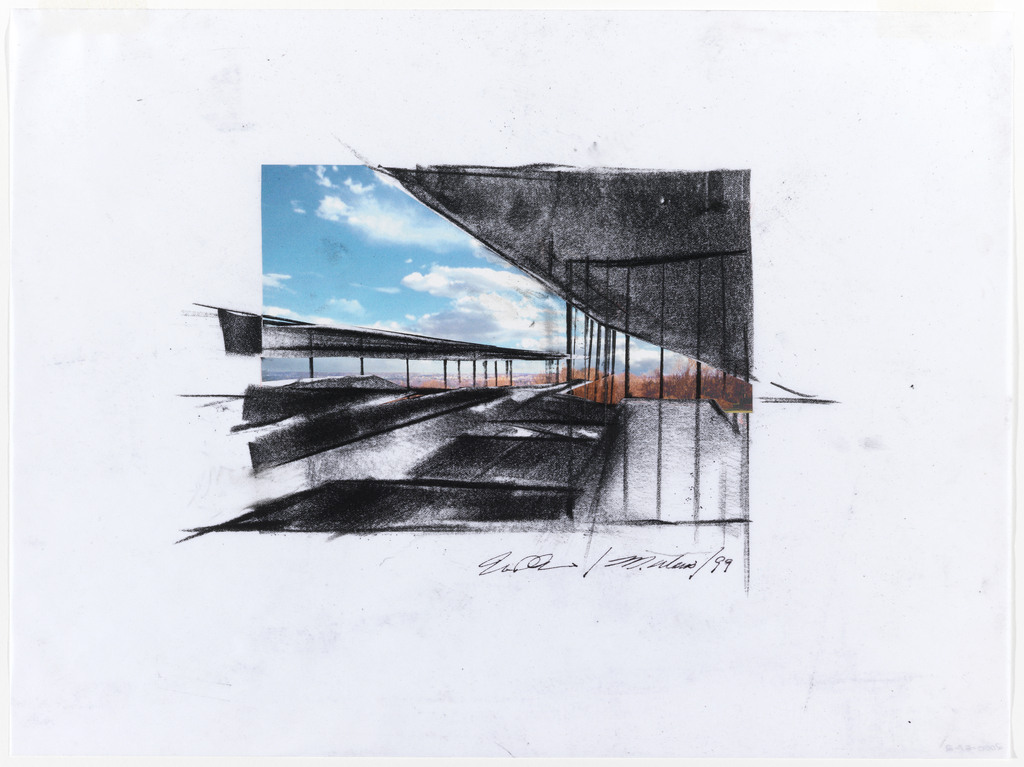 Where does a building end and the earth that surrounds it begin? Often, this question is easy to answer. We tend to think of buildings and land supporting them as separate entities. This preliminary drawing by the Weiss/Manfredi Architects for the Museum of the Earth in Ithaca, New York shows us that sometimes buildings and the earth upon which they rest on are a continuation of one another. The Museum of the Earth is just one example of this theme in Weiss/Manfredi’s work, and they have termed this idea as ‘site specific’ architecture[1].

This drawing is done in charcoal on vellum and also incorporates cut out photographs of the site, which is an illustration of just how important integrating the surrounding landscape was to the architects. Large blocks of charcoal and thick lines extend across the drawing to create walls, windows and floors that convey a sense of open architecture filled with natural light. The finished museum has two separate wings; one for exhibitions and one for education, with a long open air plaza in between.

Ithaca is well known for its beautiful gorges, narrow valleys enclosed by high, rocky walls with natural streams running through them. Glaciers that receded in the region about twenty thousand years ago carved out this terrain. The museum itself is a tribute to these gorges. The plaza represents the valley, and the two wings of the building are reminiscent of the rocky walls that rise up on either side. Visitors are invited to learn about the history of the earth and its inhabitants in an environment that embraces and celebrates the natural wonders of our planet.

Elizabeth Caroscio is a candidate in the M.A. History of Design and Curatorial Studies program offered jointly by the Parsons School of Design and the Cooper Hewitt, Smithsonian Design Museum. She is a Fellow in the Registrar Department of the Museum.

← Bedazzled All Over Again
Shaken or Stirred →