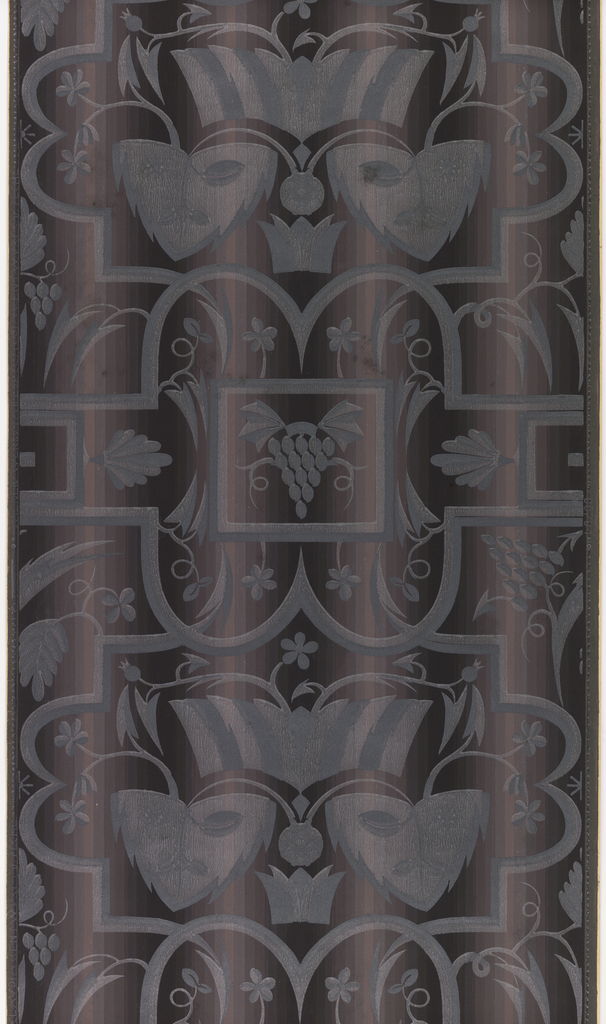 Posted by Nicholas Lopes on February 2, 2017

Dagobert Peche was one of the most influential designers working in Europe in the 1910s and 20s. In 1910, after meeting influential Austrian designer Josef Hoffmann, Peche began contributing numerous designs for textiles and wallpapers to the Wiener Werkstätte, the design workshop founded by Hoffmann and Koloman Moser in 1903. Impressed by his work, Hoffmann brought Peche on as artistic director of the Wiener Werkstatte, in 1915. From then until his death from a malignant tumor in 1923, Peche produced an enormous and highly-varied output of designs for media including metalwork, textiles, graphic design, wallpaper, furniture, ceramics, and jewelry. Almost every object produced by the workshop during this time was either made from or influenced by Peche’s designs.

Peche’s skill and fame as a patternmaker meant his designs for textiles and wallpapers were particularly successful. He produced about 45 patterns for the Werkstätte and numerous more for other manufacturers. This particular wallpaper, Claudia, was one of 25 designs created by Peche and the Werkstatte in 1920 for the Swiss manufacturer Flammersheim & Steinmann.(1) Other examples in the collection from this line include Lace and Daphnis. Most of these designs were produced in multiple colorways, and examples of Claudia exist in color schemes of black-and-gold and blue-and-gold, as in this fragment from the Art Institute of Chicago.

This wallpaper is a perfect example of Peche’s distinctive style, characterized by a love of pattern, stylized natural motifs, including distinctive blade-like leaf and petal forms, and an interest in historical styles like the Rococo and Baroque. The titles of many of the designs in this line, including Cythera, Daphnis, Chloe, Narcyssus, and, of course, Claudia, point also to a distinct classicizing influence, seen in this paper in the use of grape and palmette motifs. The vertical stripes in the background, often seen in his wallpapers, also demonstrate the influence of the 19th-century Biedermeier style. Peche’s ability to meld the historic and the modern was a major contributor to his success. In a career that lasted a little over a decade, Peche stood out as one of the most original and well-regarded wallpaper designers of his time.