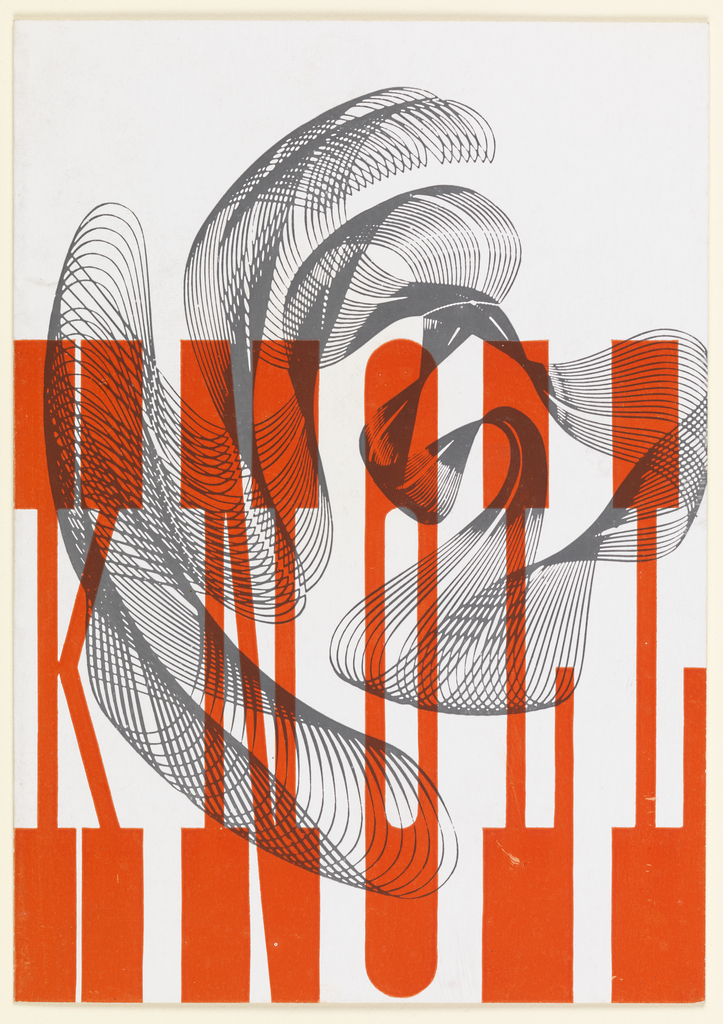 The architect and designer Florence Knoll described the work of the seminal, Swiss graphic designer Herbert Matter, “Everything was clear cut with imagination and even in some cases artistic whimsy…”[1] Their introduction sparked a creative partnership at Knoll in 1946 and Matter lent his diverse and exceptional talents to numerous artistic projects, including the company’s print advertisements, logo, letterhead, and promotional materials.[2]

Matter began his artistic career as a student in the painting department of the École des Beaux-Arts in Geneva, Switzerland in 1925. He subsequently moved to Paris to study graphic design at the Académie de l’Art Moderne under the tutelage of important modernist artists like Fernand Léger. Matter’s initial commercial graphics were for the Swiss National Tourism Office in the early 1930s, including this poster in the Cooper Hewitt’s collection. Switzerland was a pivotal center for original graphic design due to the country’s advanced and technical printing industry. However, the rise of fascism in Europe prompted Matter to immigrate to the United States, where he would stay for the remainder of his career. Matter established himself as an innovative designer in the States by contributing graphics to magazines like Vogue and Harper’s Bazaar before accepting an extended creative position at Knoll.[3]

Florence Knoll and Herbert Matter developed an effective, inventive visual language for the furniture company that drew from Matter’s familiarity with the forms of the Bauhaus and Constructivist styles. This invitation in the Cooper Hewitt’s collection reflects the geometric abstraction that was a guiding principle for the modern European graphic designers. The company’s signature logo is printed in a bright, red hue at the bottom of the page and a gray, spiral spring sits on top of the trademark. Although Matter only uses two colors for this work, his lyrical utilization of composition and scale produces a striking and communicative image. The serpentine shape promotes a spontaneity that contrasts with the symmetrical, formal outlines of the typeface. The unusual overlay of colors and forms are characteristic of Matter’s adventurous designs and he continued to pursue unusual artistic manipulations in other works. The design for this invitation also functioned as a print advertisement; its versatility reflects the representation’s persuasive attributes. Herbert Matter’s compelling and diverse compositions for Knoll are deceptively thoughtful and effectively convey the synthesis of two groundbreaking artists’ modi operandi.