Have You Seen this Matisse Mural? 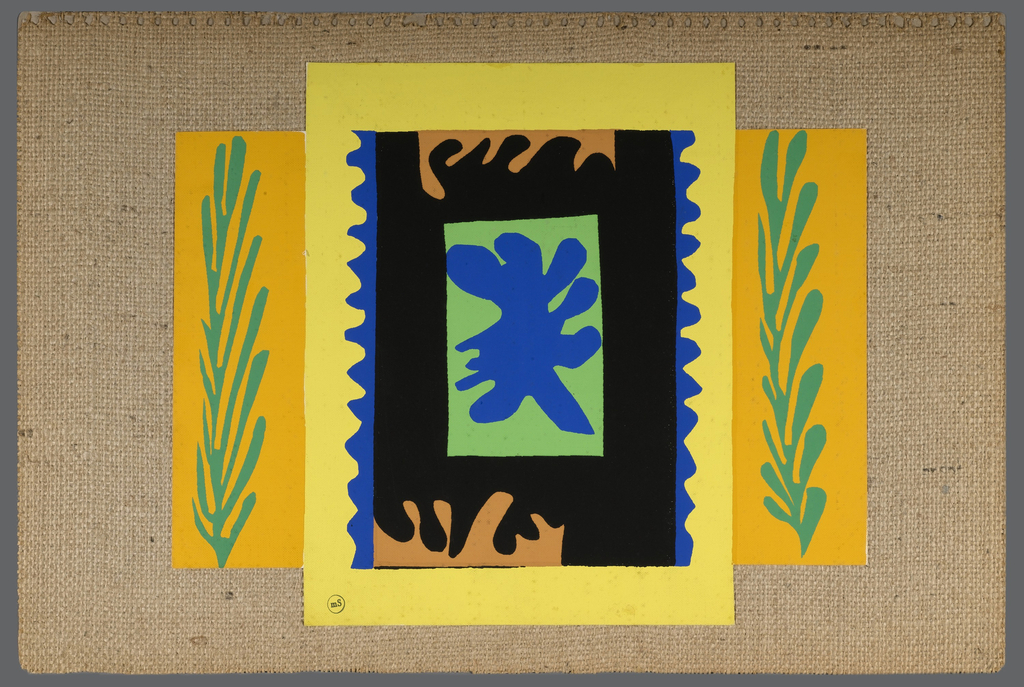 Posted by Gregory Herringshaw on January 24, 2017

During the years when America was involved in World War II there was a moratorium on new wallpaper designs as the materials used to make printing rollers and silk screens were all needed for the war effort. This forced manufacturers to continue printing the same designs for years. So when the moratorium ended manufacturers got to work creating new collections and trying to improve the consumers’ view of wallpapers as being old and stodgy.

One popular method was the commissioning of artists to create new and unexpected designs. Some of the artists commissioned at this time include Salvador Dali, Saul Steinberg, and Alexander Calder. In 1948 the New York wallpaper firm Katzenbach & Warren, Inc. commissioned four top international artists to create mural designs. Henri Matisse, Alexander Calder, Roberto Matta, and Joan Miró, each created a unique work of art that would be reproduced by silk screen in a limited edition of 200 prints.

The design created by Matisse, Arbre en Fleur, is based on his paper cutouts which became his major art form during the last decade of his life. The full-scale mural measured about 5 x 6 feet and was printed in vibrant colors of yellow, blue, and green with a central frame element of black.

As beautiful as these four designs are I don’t know if they were ever big sellers. In my years working with this collection I have only come across two full-size murals, and both of these were by Calder. These originally sold for $360 per mural, equivalent to about $1,000 today according to internet research, which doesn’t seem excessive for a large artist print. I don’t believe many of these murals are extant today, so if you own one of these murals, treasure it. If you own one and no longer want it, we should talk.

← Holy Beetle
Details in a Doppelpokal →

5 thoughts on “Have You Seen this Matisse Mural?”

Great posting today. Do you have images of the other murals by Alexander Calder, Roberto Matta, and Joan Miró?

Image did not come through with this posting yesterday.
Glad to find it here!
I found it difficult to locate the email address to let you know about this!

I enjoyed reading this post as I have an impression of this Matisse print from the mural. My cousin has another impression. I also have prints by the artists that you mention above from this same era.

I may know of one – have a photo of you care to review.

I own all four of these prints. Let me know if you are interested!