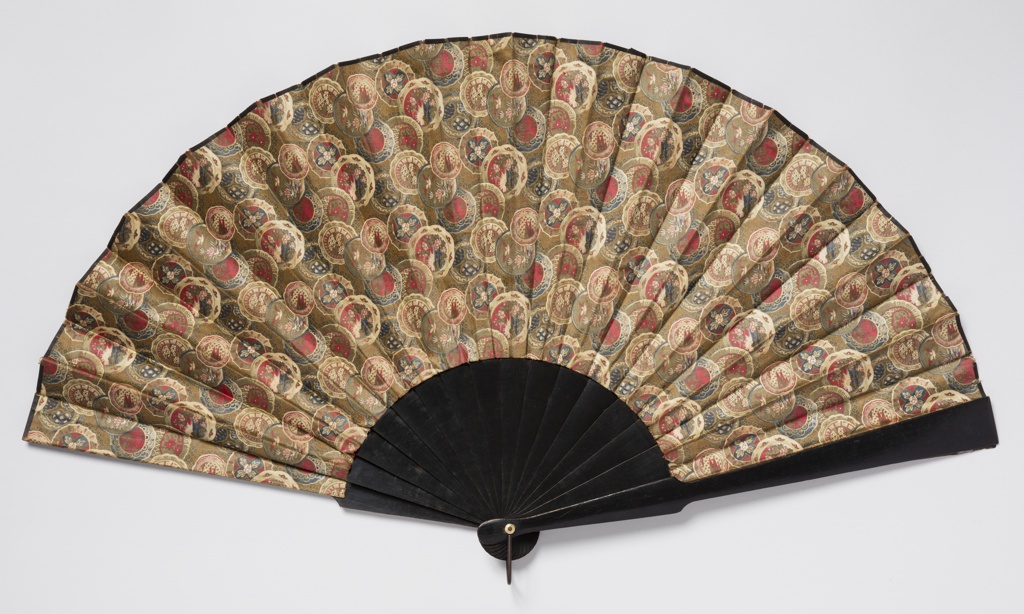 The printed cotton leaf of the fan depicts eight different overlapping designs for ceramic plates in the Aesthetic Movement style surrounded by a small fish scale pattern. The reverse leaf is dyed and glazed dark brown cotton. The sticks and guards are made of wood ebonized black with unpainted wood slips in between the two layers of the leaf. Interestingly, ebonized wood was a hallmark of Aesthetic Movement furniture. At the edge of the fan, binding the two layers together, is a narrow woven tape that is dyed black. At the rivet there is a bone washer and metal loop.

The fan probably was used by a woman of the middle class, with whom this style was very popular in the 1880’s and 1890’s. Fans of this period were typically large (this fan is 24 inches wide) and often produced to match a particular outfit, as this fan may have been. Alternatively, it could have been produced for use in an interior. The color scheme of browns with highlights of red, cream, blue, and pink is also typical of the style, as seen in the work of designers of the period such as Kate Greenaway and Walter Crane.