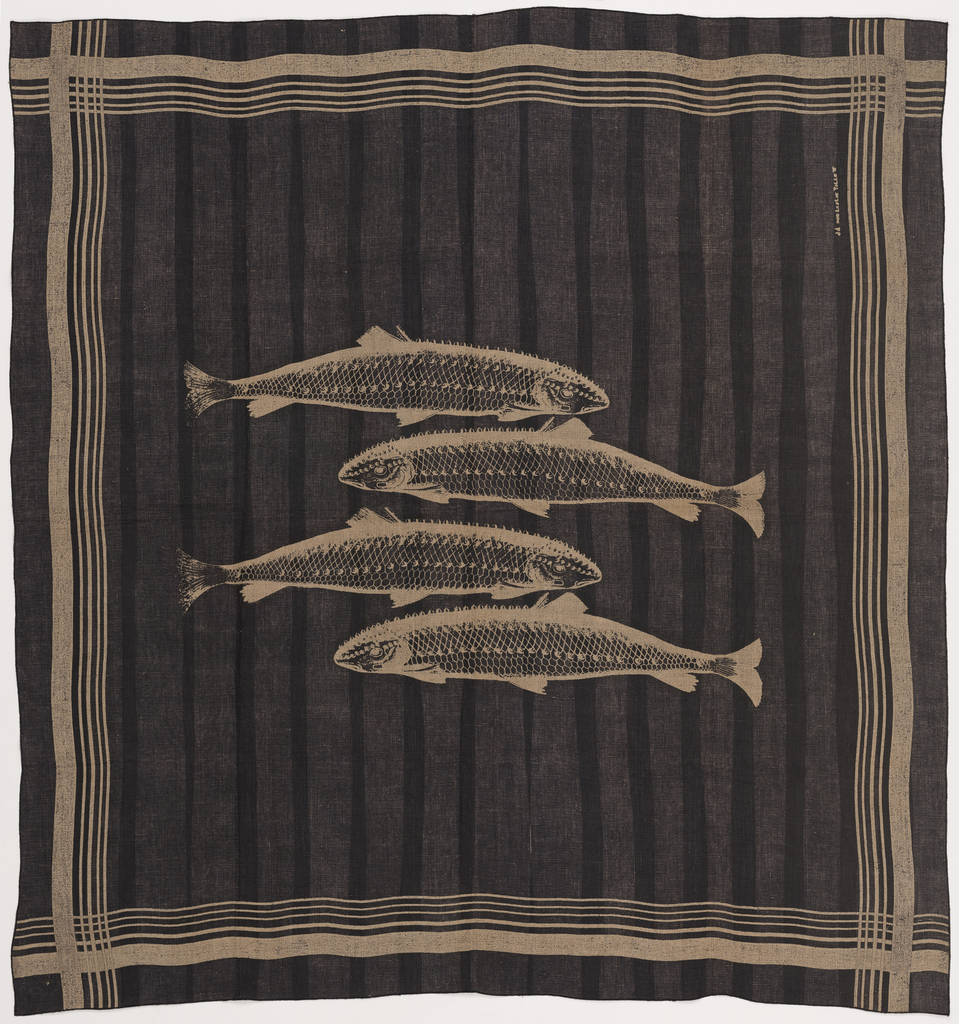 The Tillett Cold Wax System was one of the techniques Jack Lenor Larsen covered in detail in his 1969 book, The Dyer’s Art. Leslie Tillett explained, “I began serious research on a screen-printable resist material about three years after arriving in this country in 1947… I was after a formula or substance that would easily print through a conventional screen, would dry quickly (but not before five minutes as it would clog the screen), and above all would resist dye and pigment overlays.” Through his interest in ceramic decoration, he came across Mobilcer A, a cold liquid wax used by ceramists as a resist against overglazes. A paraffin wax/ petroleum blend, the compound met his needs in every way.

To create this tablecloth and napkins, the Mobilcer A was applied through a silkscreen. Ink was hand-applied over the wax with a drag box, with the color bands overlapping to give a subtle, irregular stripe of charcoal and black. While the crackle effect associated with traditional wax batik does not occur, bubbles could form, an effect showcased in the striped border.

← It Starts With A Napkin
Colored Glass At Last! →