From Mud Into Immortality 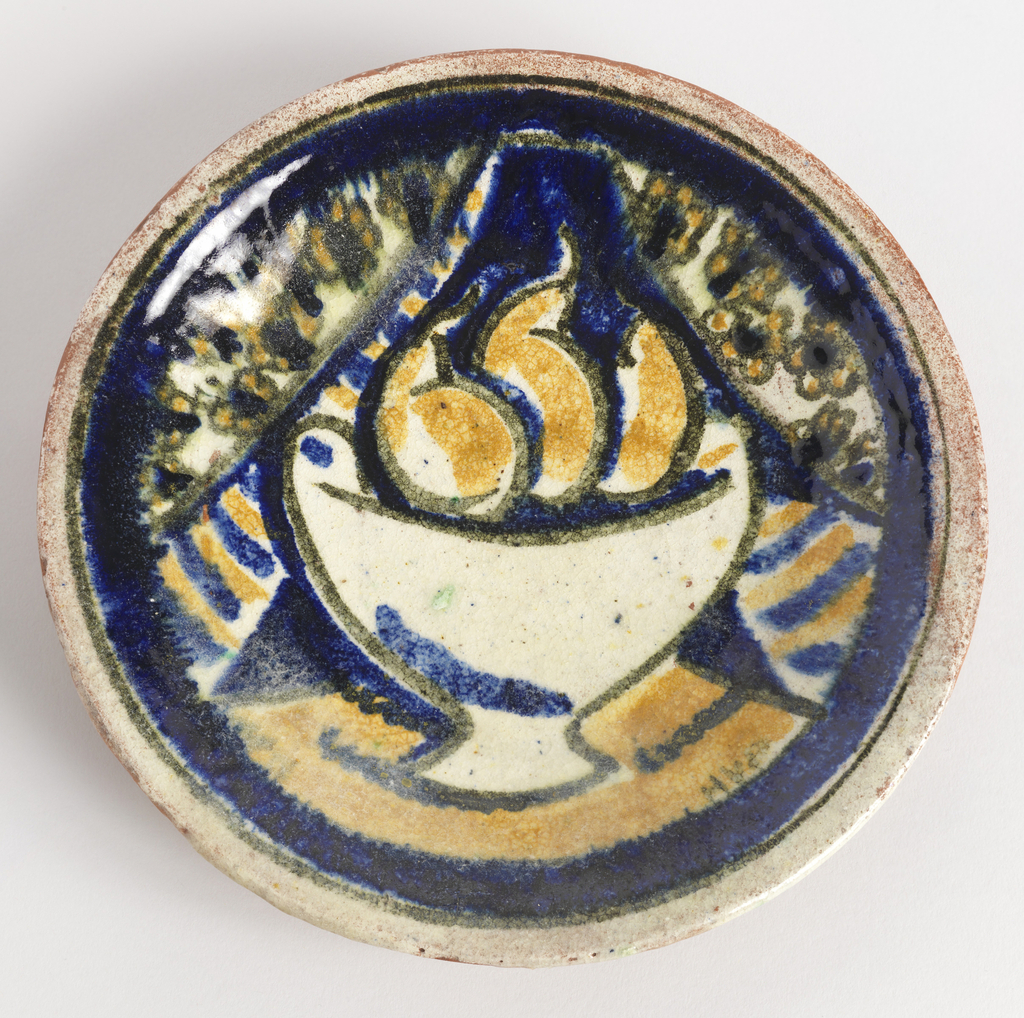 Upon his return from military service in Europe in 1919, Henry Varnum Poor settled in an artists’ community in New City, New York where he purchased land and began single-handedly building a home called Crow House, named after the local birds who kept him company while he worked. As a struggling painter Poor was always looking for ways to economize; one day he began making kitchenware out of some local clay.  Enthralled with the material, Poor purchased a kiln from a friend, made a potter’s wheel, and began experimenting with historical techniques that he learned from reading every pottery book that he could get his hands on. One dealer who saw these trials offered Poor a considerable sum to “make antiques,” which the dealer said he could easily sell as genuine [1]. Poor declined this offer and instead developed a style of his own. When in 1920 his exhibition of oils and drawings at the Kevorkian Galleries in New York was a commercial failure, Poor ascertained that he could not make a living as a full-time painter, and so he turned primarily to pottery for the remainder of the decade.

With formal training in painting from Stanford University, the Slade School of Art in London, and the Académie Julian in Paris, Poor suitably approached the medium of ceramics as a painter. The plate was one of his favorite forms and he treated it as a canvas. Referencing familiar painting genres, Poor created still lives, landscapes and portraits that showed influences of German expressionism and Cubism. In his 1987 publication  A Book of Pottery: From Mud Into Immortality, Poor reflected, “I started doing pottery for the pleasure of decorating it, having something entirely in my control from beginning to end, so that both the object and the images it held would be equally mine.” [2] He often included a border as a framing device, here drawn inside the undulating edges of the plate that evince the object’s handmade nature. Poor embraced such irregularities in form that along with his often rudimentary decoration made his ceramics curiously charming. His work in ceramics was enthusiastically received by critics and the public. By the end of 1921, he had dozens of orders through the gallery at Wanamaker’s department store in New York and by mid-1922 he was represented by the prominent dealer Newman Emerson Montross who held regular shows of Poor’s work at his namesake New York City gallery.

This plate and a few other related examples by Henry Varnum Poor can currently be seen in Ellen DeGeneres Selects, on view through May 21, 2017.

← Japan Meets New York
It Starts With A Napkin →