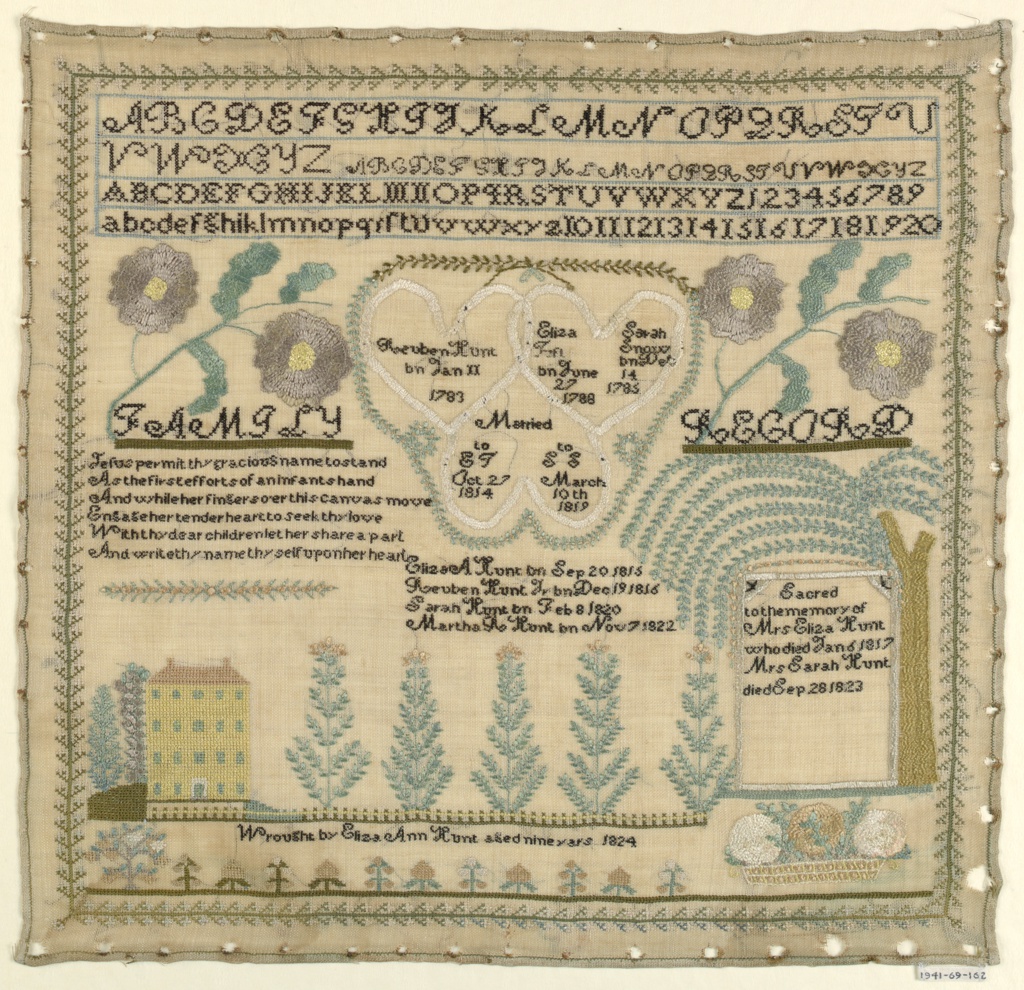 Posted by Jennifer Johnson on November 26, 2016

When she stitched this family register sampler at the age of nine, Eliza Ann Hunt had lost both her mother and her step-mother. She commemorates her father’s two marriages within three interlaced hearts: the first contains his name and birth date, the second encloses the names and birth dates of his two wives, and the third records the date of each marriage. Below the hearts are the names and birth dates of Eliza Ann and her siblings. Under the branches of a willow tree, a tomb memorializes the deaths of her mother and step-mother.

Although she did not live to have children herself, Eliza Ann’s own life mirrored that of her mother. She died of consumption in 1845, less than three years after her 1842 marriage to Warren Tapley, an apothecary. In 1848, Tapley married Caroline Watts Smith, and the couple had four children.