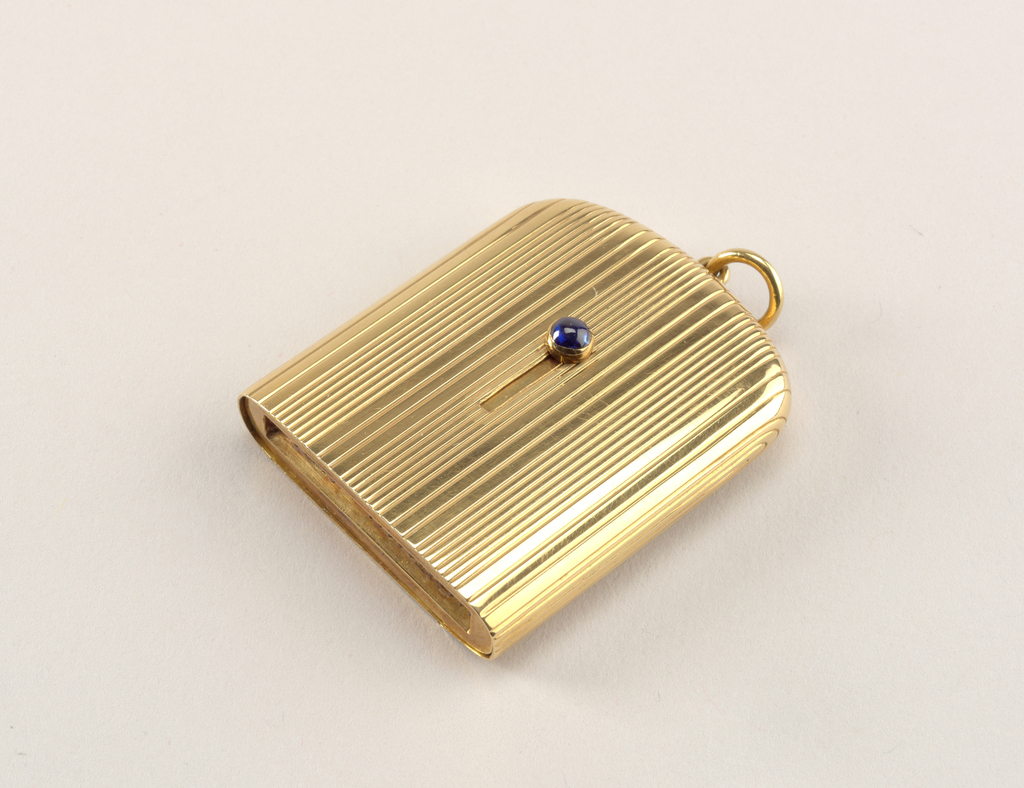 The development of friction matches in the early nineteenth century was a major discovery as it allowed for instantaneous and reliable fire on demand for the first time in history. The design of matchsafes arose as the early friction matches were both highly combustible and unstable. These decorative boxes allowed bulk matches to be protected from moisture when taken out for personal use as the smoking of pipes, cigars and cigarettes became a socially acceptable leisure activity. The majority of matchsafes were produced from the 1870s through the 1910s in the United States, England and other European countries until they were slowly replaced by safety matches, matchbooks and gas-powered lighters in the 1930s.

The passing of the Nineteenth Amendment to the United States Constitution in 1920 marked a new era where women would often be seen smoking in public, making portable items more necessary. Matchsafes were made by jewelers, silversmiths and individual craftsmen in a variety of materials including aluminum, early plastics, silver, brass, wood, ivory, shell and stone. “Nearly all the prominent jewelers active in the years around the turn of the century counted jeweled pocket matchsafes among their precious offerings.”[1] The matchsafe could have been an extension of a woman’s style, another fashionable accessory, as often these containers would be designed with chain attachments for fastening to a bodice pin or belt. Advertisements in the fashionable and popular Parisian magazine Gazette du Bon Ton featured couture clad women smoking.

The first Cartier New York boutique opened in 1917 at the corner of Fifth Avenue and 52nd street bringing French style and luxury to a new clientele. This example by the house of Cartier was executed extravagantly in gold with a cabochon sapphire nob. The design of the piece allows for the top to open and flip back by sliding the sapphire nob up the groove releasing matches out of the interior compartment. This elegant matchsafe was made in what is now often referred to as the Art Deco style that was fashionable everywhere that Cartier had shops including Paris, London, and New York. This matchsafe is stamped “Cartier, Paris-London”on the retractable striker and shows French hallmarks stamped on the reverse exterior, suggesting that although made in Paris, it was for sale in London.