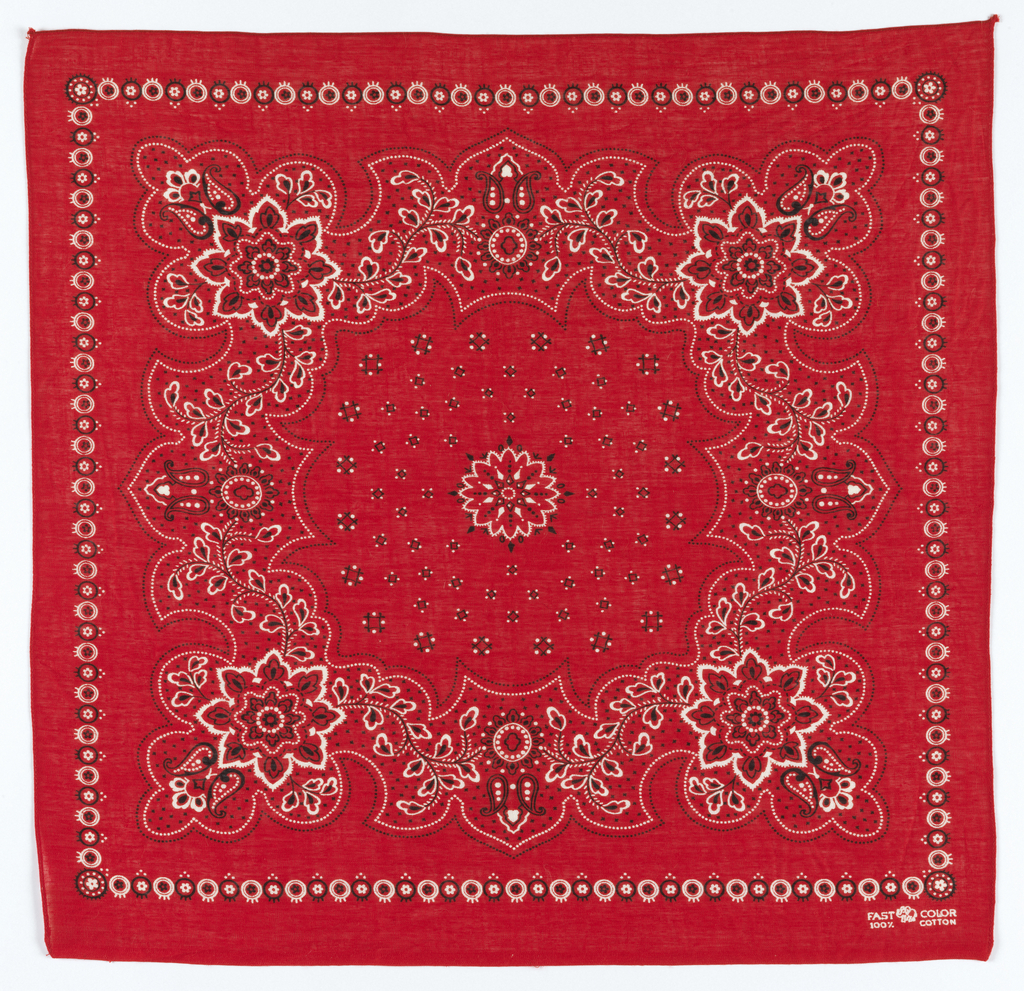 The red cotton bandanna so closely linked to the American west was originally a tie-dyed silk scarf from India, and later the product of a number of European innovations. The Turkey-red process for dyeing cotton a brilliant, wash-fast scarlet red was mastered in Europe in the 18th century, but it was incompatible with printing processes. When French chemist Claude Louis Berthollet discovered the bleaching properties of chlorine in 1789, his discovery was quickly adapted for creating pattern on Turkey red cloths. This technique was further perfected by Daniel Koechlin-Schouch in Mulhouse, Alsace, who discovered that the addition of tartaric acid, Prussian blue and chloride of lime to the bleaching solution removed the red and replaced it with blue. By omitting the tartaric acid, he could produce black. His techniques were used it to create printed imitations of the Kashmir shawls which were so fashionable at the time. A Scottish printer, Robert Hendry, a prisoner of war paroled to work at the French printworks Oberkampf, developed the screw press, a pair of lead plates perforated with holes to allow the passage of the chlorine gas. This resulted in a pattern of white dots on a red ground, and often incorporated the “paisley” design from the shawl trade.

← By the People, By Other Means
An Infinite Reflecting Vista →

I love your museum!
I subscribe to Object of the Day – and unfortunately, the Matisse wallpaper mural image did not come through yesterday, Jan 24.
SInce I love Matisse, would you please re-send to me with the image?
Thanks for this terrific daily pleasure!

Very interesting , such a blend of various cultural stories, thank you !

I have a bandana that looks just like that.