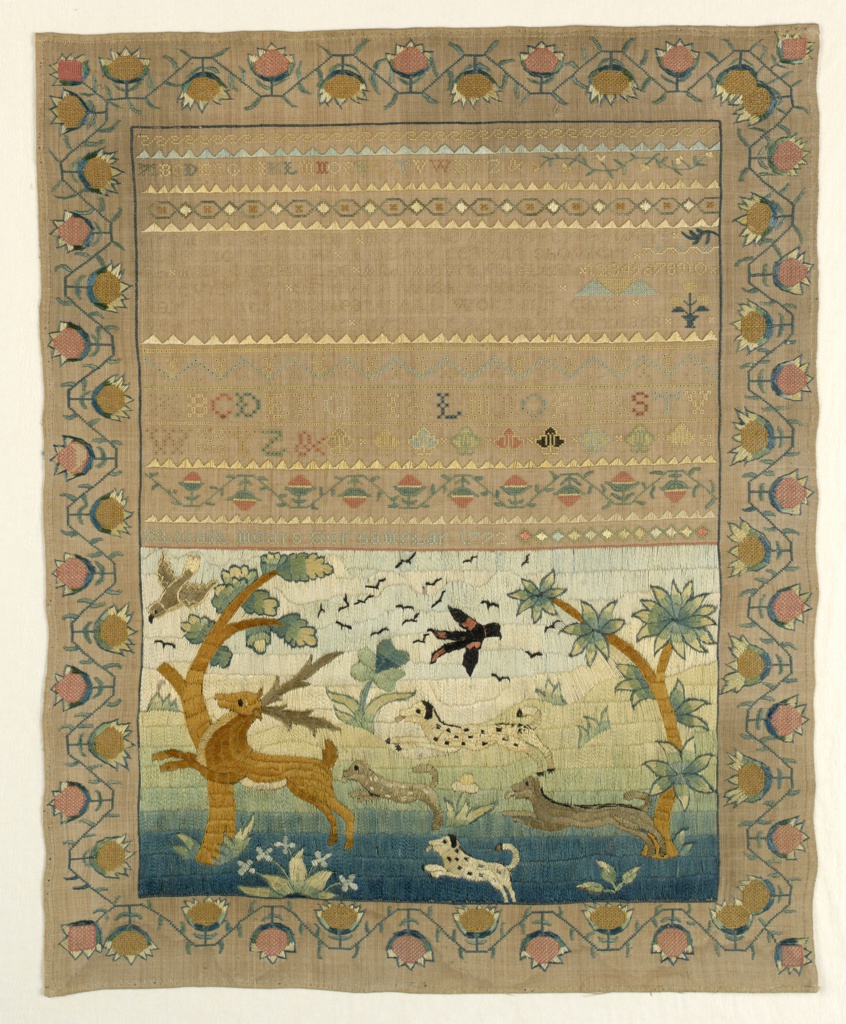 This sampler, worked by Abigail Mears in 1772, is related to a group of embroideries known as the “fishing lady pictures.” The name originally referred to Boston needlework featuring the same fishing lady, but now encompasses a variety of related pastoral compositions, with or without the fishing lady. From the 1760s, the same types of bucolic scenes formed the central panel of Boston alphabet samplers, as in this example. The sampler’s strawberry-and-vine border and motifs, including birds, two varieties of trees, and a stag chased by hounds, all appear on other pieces in the group.

Abigail Mears was born in Roxbury, Massachusetts, in 1758. She was the daughter of Abigail Minot (1737–1770) and John Mears (c. 1732–1769), a dealer in animal hides, and had a brother, John (1761–1797). Both of Abigail’s parents had died by the time she worked her sampler. In 1770, after the death of her father, her mother married the Reverend Amos Adams (1728–1775), minister of the First Church in Roxbury, but died the same year. Abigail probably worked her sampler in nearby Boston, where girls were often sent to finish their educations in the seventeenth and eighteenth centuries.