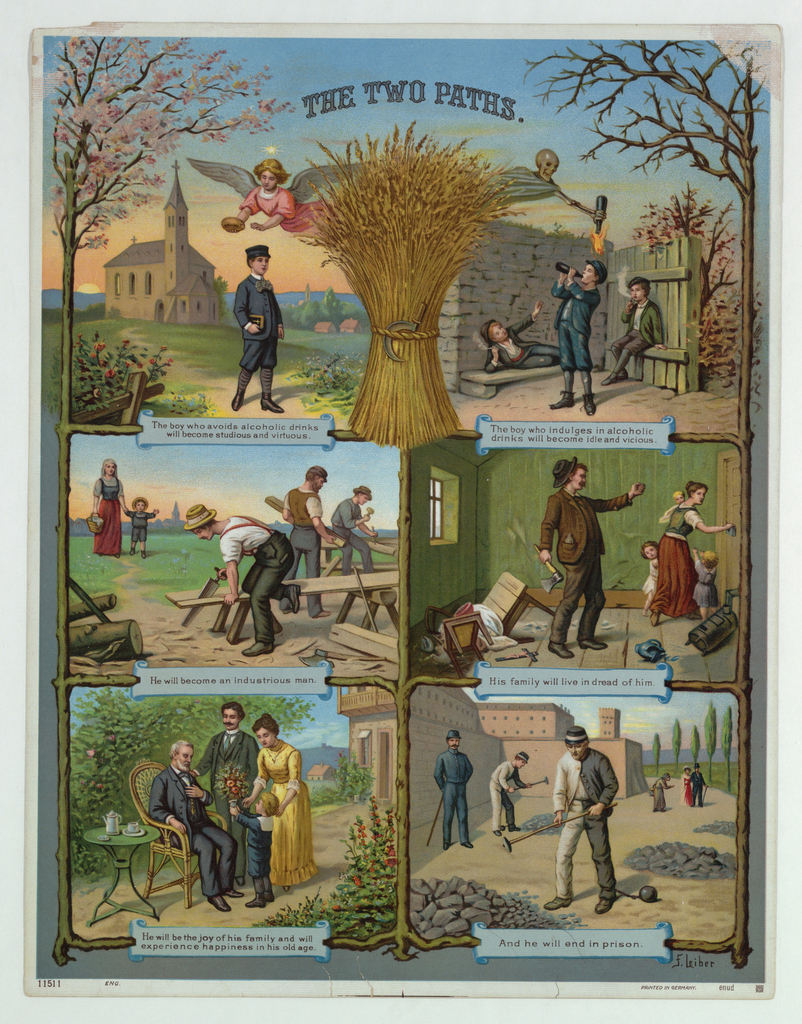 Posted by Caroline O'Connell on September 11, 2016

On January 16, 1919, the congress of the United States of America ratified the 18th amendment, prohibiting the “manufacture, sale, or transportation of intoxicating liquors.[i]”  And so, after years of fervent lobbying by groups such as the Women’s Christian Temperance Union, the U.S. entered a short-lived period in which alcohol was forbidden (but still widely consumed).  Through the privileged bifocals of passed time, the era of prohibition, which lasted from 1920-1933, was both brief and largely unhelpful.  It was not, however, the result of a rash decision.

The push for temperance was grounded in civic and social ideals, Christian tenets, and a broader backlash against societal ills caused by the industrial revolution, urbanization, and mass immigration.  It appealed to large swathes of the population and was unofficially deemed, “The Noble Experiment.”  In the years leading up to the 18th amendment, prohibition propaganda was often disseminated through the medium of prints, which were improving in quality and quantity in the second half of the nineteenth century.  In F. Leiber’s print, “The Two Paths,” the argument for temperance is presented as one of extremes; the print is split down the middle.  On the left side, a young boy, surmounted by an angel, chooses not to drink, then becomes a hardworking, devoted man, and spends his later years surrounded by those he loves.  On the right side, the same young man chooses instead to drink and ends up in prison after becoming a violent drunkard.  As Leiber, a German artist known for his religious prints, makes clear, the stakes around temperance are high and only one path can lead to a good life.

The reality, as many US citizens discovered in the 1920s, is not so sharply defined.  The 1933 passage of the 21st amendment effectively repealed the 18th.

← 1964: When the world flocked to the fair
Ancient Attraction →