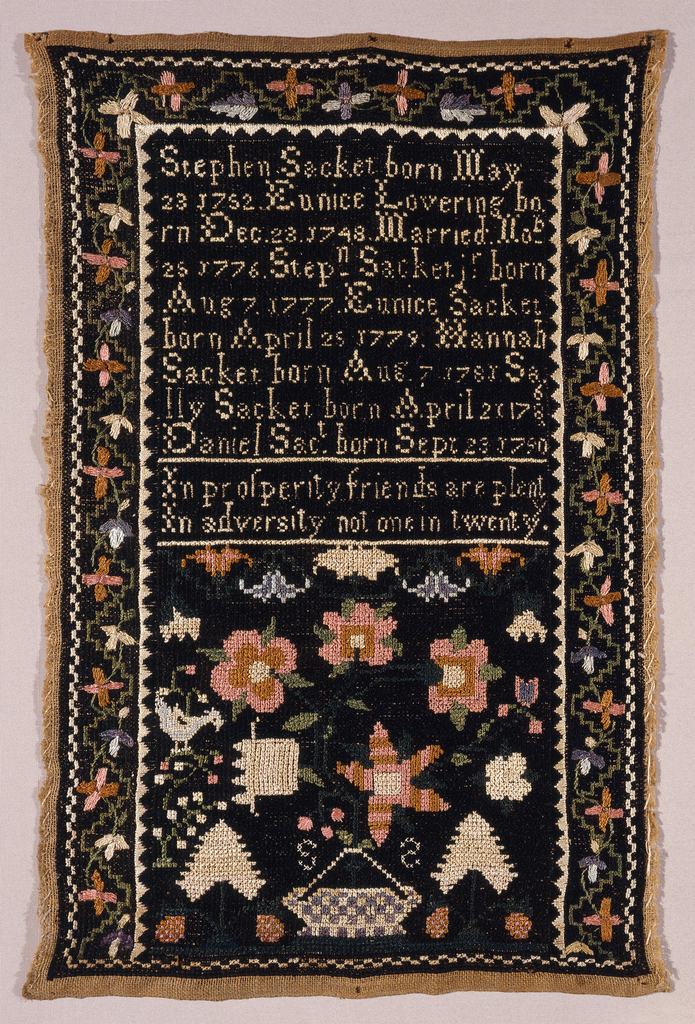 The unstructured nature of this family register sampler, initialed “SS” and attributed to Sally Sacket (b. 1786), is typical of eighteenth-century examples. In contrast to the more organized genealogy samplers that appear after 1800, the text here is run together in continuous lines. Sally’s sampler is one of a group of three Westfield, Massachusetts, examples that share similar characteristics. The Westfield samplers are small in size, vertical in design, and have a dark, solidly worked embroidered ground. They date from 1788 to 1796 and were made by girls between the ages of seven and eleven. No needlework instructress has been identified, but a Miss Lucy Mosley taught at a private school in Westfield in April 1799. It is possible that she may have been teaching in the area a few years earlier when Sally made her sampler.

← Through the Looking Glass
Play it, Stravinsky! →