A Piece of Pax Romana 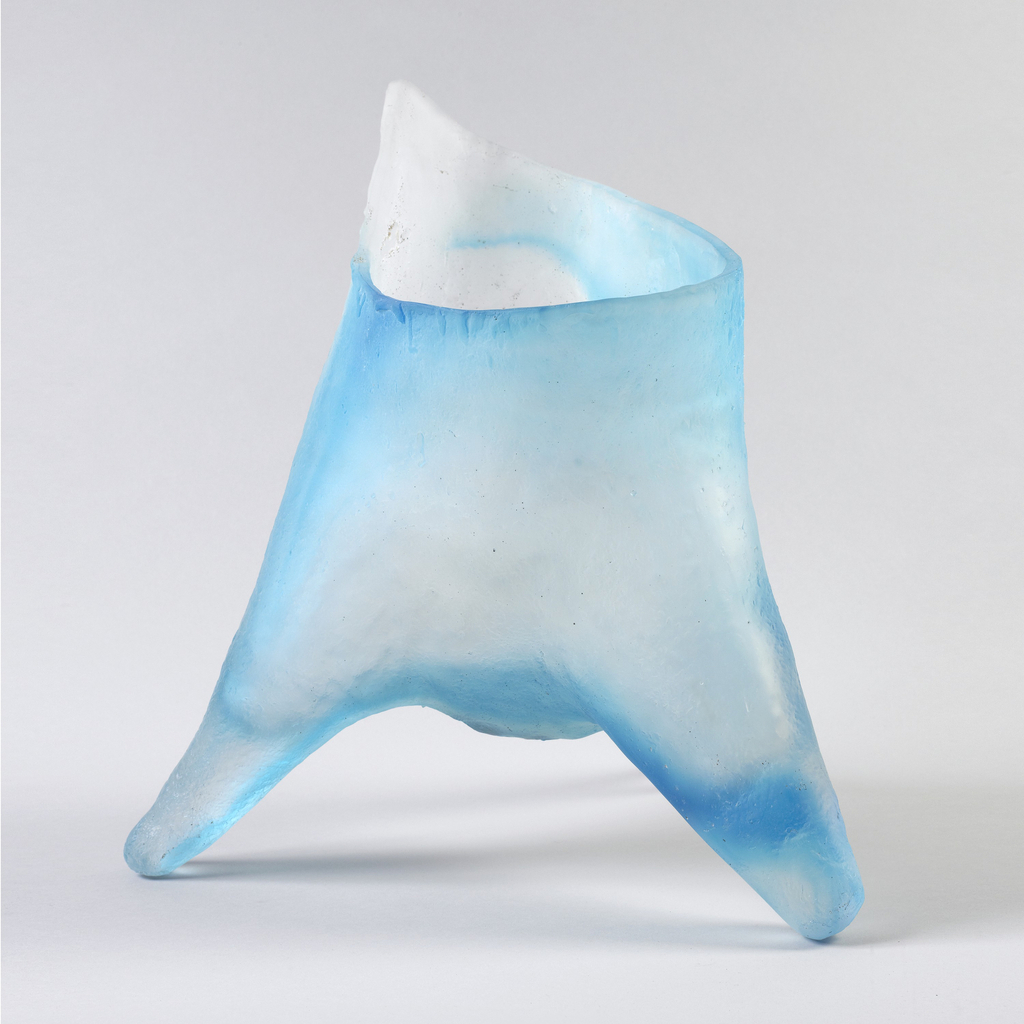 Don’t get these twisted: the Via Portico d’Ottavia is an area of ancient ruins in Rome, located in the center of the neighborhood designated as the Jewish ghetto in the sixteenth century. The Roman emperor Augustus, known for ushering in the Pax Romana period of relative peace and stability for the empire, originally built this colonnaded structure in honor of his sister, Octavia Minor. This is not the Via Portico d’Ottavia that I am talking about here.

The Cooper Hewitt’s version of Via Portico d’Ottavia is a vase by designer and architect Gaetano Pesce. Although a vase, rather than a Roman ruin, is more of what you might expect to find in a design museum, Pesce’s piece still eludes being described as conventional. It looks like it could be a piece of the sky, fallen out because it didn’t quite fit right, or a creature that just crawled up out of the waves and onto the shore. This is classic Pesce, who is known for thinking outside of the box and creating work that is imaginative, experimental, and unexpected.

For instance, Pesce’s process in creating the Via Portico d’Ottavia vase takes a traditional glassmaking method and turns it on its head. This vase is made from mold-blown pâte-de-verre glass and applied resin. Traditionally, the pâte-de-verre glassmaking technique involves applying a layer of paste, made from finely crushed glass and a binding material such as gum arabic, to the inner surface of a mold. The mold is fired and removed, and the hardened glass form that is left retains the shape of the mold. Such a practice was standard at CIRVA (Centre International de Recherche sur le Verre et les Arts Plastiques) in Marseille, France when Pesce arrived there in 1988. He had no experience in glassmaking, but his modus operandi was to shatter convention. Instead of brushing or tamping the glass paste into a mold, Pesce decided to blow it into a mold. Through this innovative technique, Pesce created a piece that looks like it is frozen in motion.

The striking amorphous quality of the Via Portico d’Ottavia vase appears in many of Pesce’s designs. For instance, his famous “I Feltri” armchair folds and droops – its asymmetrical form is surprising, like that of the Via Portico d’Ottavia vase. Additionally, his enigmatically named Samson and Delilah table and chairs look like they might be melting before your eyes. Perhaps the forms Pesce has created throughout his four-decade career are so innovative and distinctive because of the unrestricted way in which he approaches the creative process: “boundaries between art, design, and industry are irrelevant to him.”[i]

Are boundaries between ancient ruins and modern design also irrelevant to Pesce? Why is this vase named after an old Roman building? Apparently, as the space of the Roman ruin has changed over the centuries, it has been used for different purposes. In the medieval period, it was a fish market; perhaps Pesce, whose last name means “fish” in Italian, felt some connection to the building’s history in this way? Even if it is just a coincidence, Pesce’s recollection of an ancient form in the name of his twentieth-century vase is a subtle reminder of the longevity and ubiquity of design thinking.