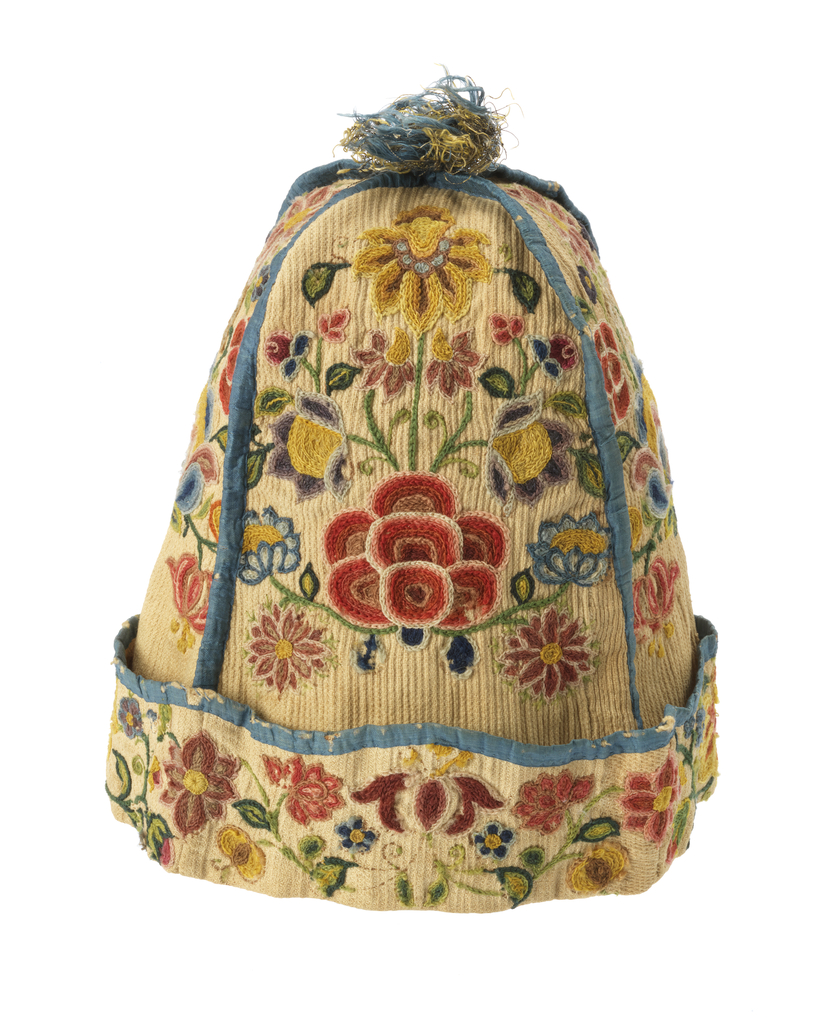 This 18th-century hat, called a nightcap, is decorated with crewel, a wool yarn often used to embroider linen. Known as crewelwork, this technique was frequently applied to nightcaps, where it was worked into bouquets of exotic and imaginary flowers and winding stems. Similar motifs also appeared on colorfully dyed chintz, an Indian cotton textile that was widely used in Europe during this period. Although some crewelwork was completed at home, this nightcap was probably made by a tailor, like much of the fine clothing at the time. It was assembled by joining four panels of embroidery and turning up the cuff, which was embroidered on the opposite side. As powdered and curled wigs were standard for men of most classes during this period, this lavish nightcap would have been seen by only the most intimate company.

← Tiffany & Co. at the Chicago Fair
Under the Sea →