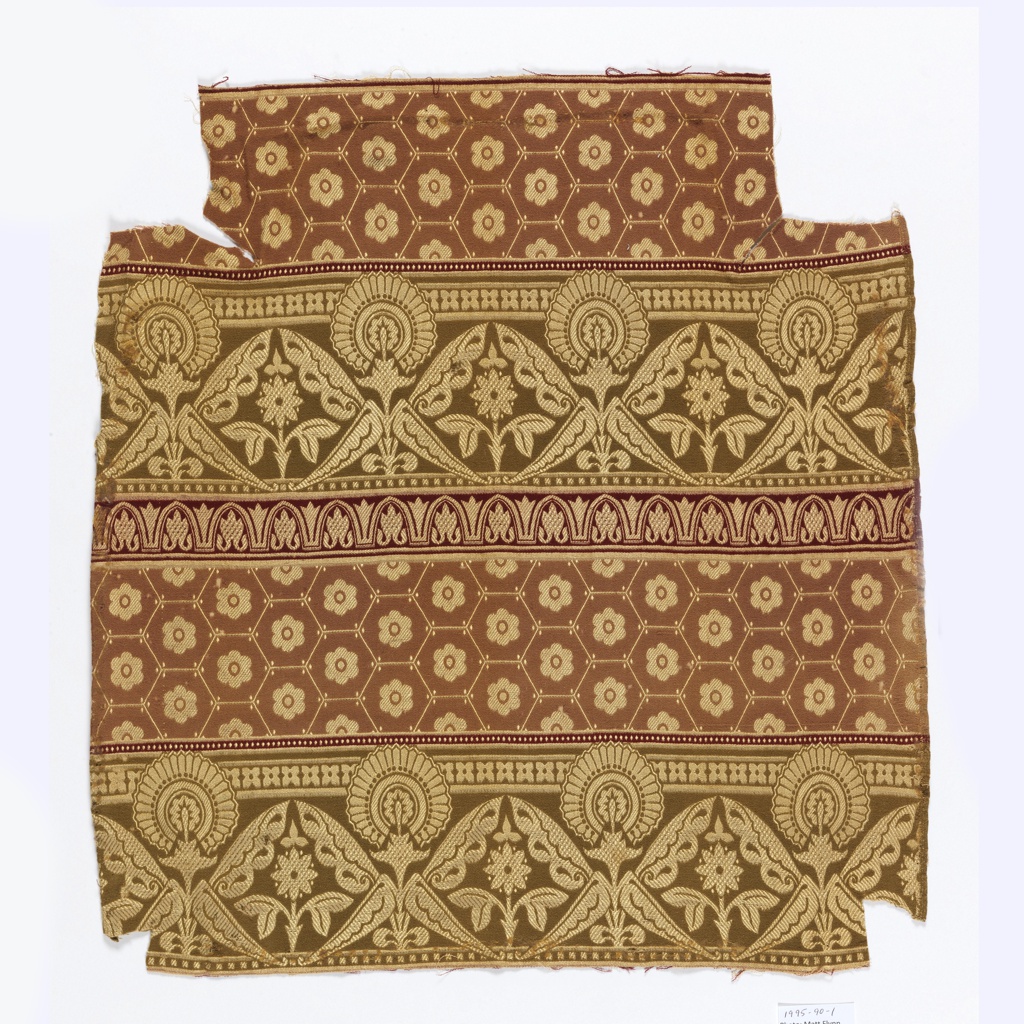 Christopher Dresser, a disciple of Owen Jones, was an early design reformer and is considered by some to be the first industrial designer. In addition to designing wallpapers, textiles, carpets, ceramics, and metalwork for a wide variety of European and American manufacturers, he published several influential books, including The Art of Decorative Design (1862), Principles of Decorative Design (1873), and Japan: Its Architecture, Art, and Art Manufactures (1882).

As a proponent of simplified, flat ornamentation, Dresser praised Japanese decorative arts as the epitome of good design. While the Japanese influence may be difficult for the modern eye to detect, it would have been recognized by Dresser’s 19th century clients in the hexagonal pattern with a stylized flower in the center of each — a motive that was frequently used in Japanese mons, or crests. Volumes of family crests were published in England in the Victorian period.

← We All Scream for Ice Cream Packaging
The World of Yesteryear →