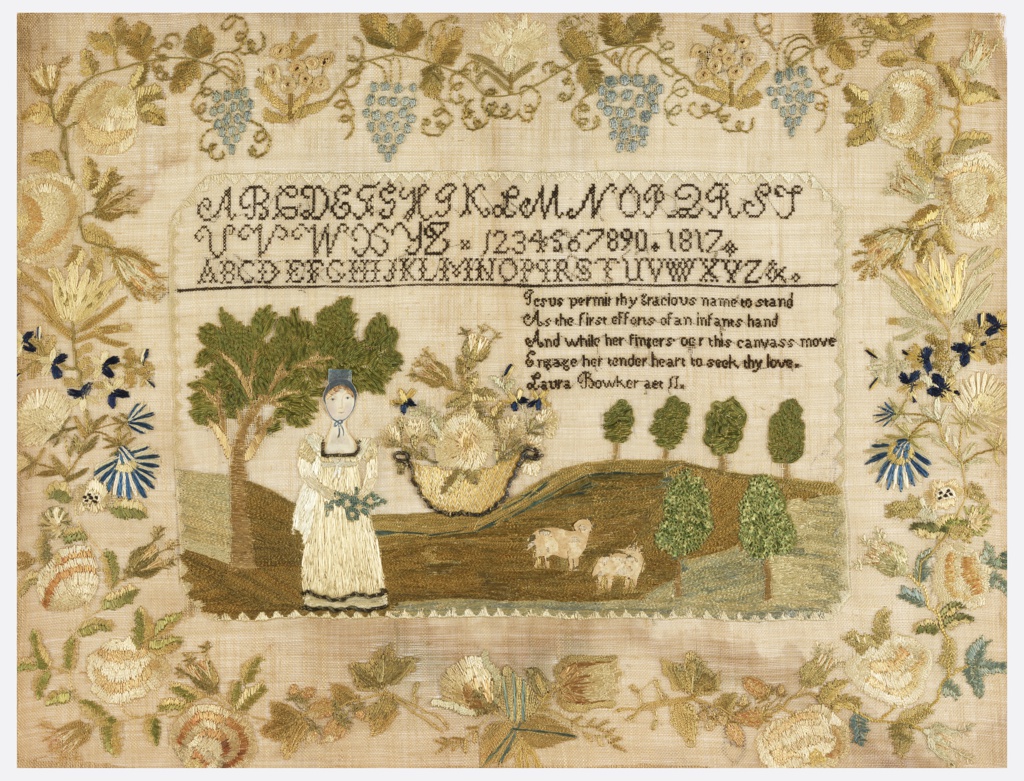 Posted by Jennifer Johnson on February 14, 2016

This sampler, made by Laura Bowker (1805-1843), is part of a small group of pictorial samplers worked by girls from Fitzwilliam, New Hampshire. Each of the charming works features a woman standing in a pastoral setting with trees, rolling hills, a pair of lambs, and an oversized basket of flowers. These bonneted ladies hold bouquets or garlands of flowers, and their faces are made of applied painted paper. Metal and chenille thread add further textural interest to the scenes. Laura’s sampler also incorporates kid leather, which she used to create her lambs. The Fitzwilliam samplers are framed with an elegant floral border, which sometimes includes grape vines with dangling bunches of fruit.

A sampler by a second Bowker sister, Melancia (1803-1875), also dated 1817, is almost identical to Laura’s. Other related samplers were made in 1818 by Betsey Fay (1802-1828) and in 1821 by Nancy S. Perkins (1807-1875), both of Fitzwilliam. (Melancia and Betsey’s samplers are in private collections, and Nancy’s is owned by the Museum of Art, Rhode Island School of Design.) The Fitzwilliam samplers were probably worked under the instruction of Laura and Melancia’s older sister, Betsey Bowker Wright (1795-1880), who taught in the town.