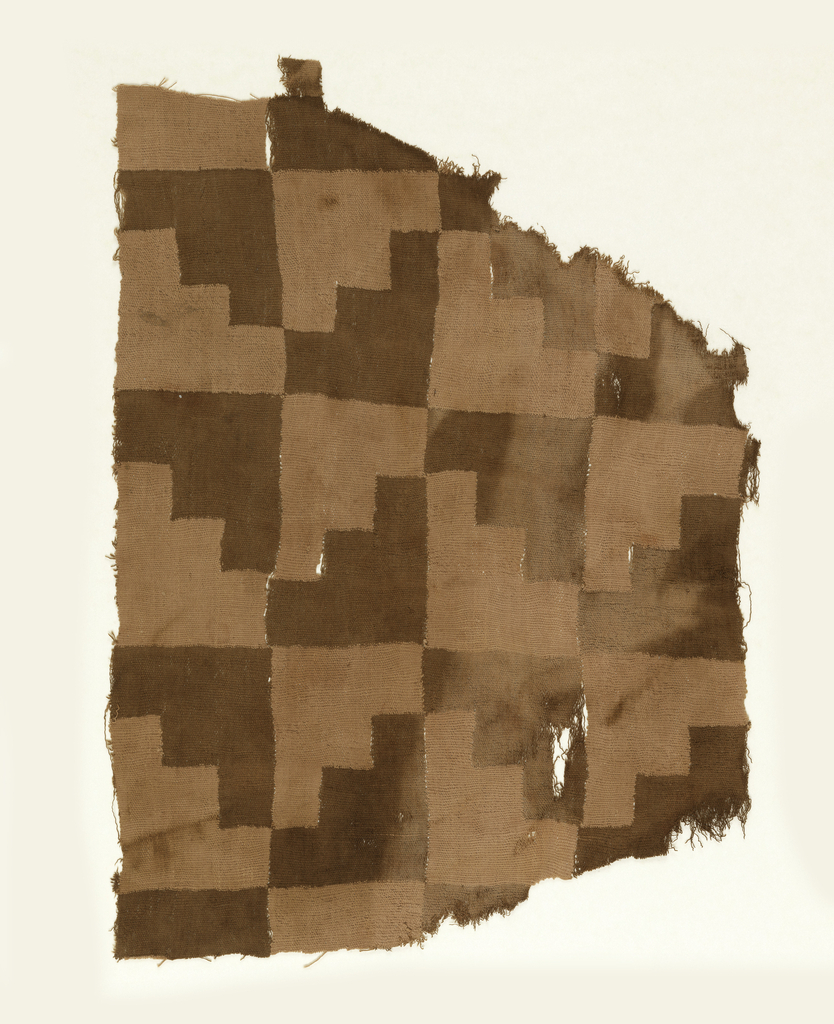 Andean cloth has many meanings. Some are expressed through complex iconographic representations, others employ a strictly geometric vocabulary. Another form of meaning comes from the materiality of the cloth itself and way it was made.

This simple cloth is composed of interlocking stepped squares in contrasting colors. The duality of the design, like the Chinese yin/yang, employs two parts, different yet equal, that complete the whole. Andean weavers express this concept through technical as well as visual means. The two color areas are distinctly formed in the weaving process, each as intact units created and conceptualized individually. Each color unit is woven of yarns that are discontinuous – that is, they do not traverse the entire width or length of the fabric, but rather are used only where the color is called for. The brown is a naturally occurring color of fiber, while the orangey-pink likely comes from a mineral pigment. While we have no texts from this time period to know its meaning, one may assume this duality has not only technical but cultural significance.

Elena Phipps, PhD in Pre-Columbian Art History (Columbia University), is formerly a textile conservator at the Metropolitan Museum of Art, where in 2004, she was also curator for the special exhibition The Colonial Andes: Tapestries and Silverwork, 1520-1820, whose exhibition catalogue was award both the Mitchel Prize and the Alfred Barr Jr. Award. Her recent book Looking at Textiles was published by Getty Publications, 2010. She is currently the President of the Textile Society of America.

← It’s Black and White and Read All Over
The Doughnut →