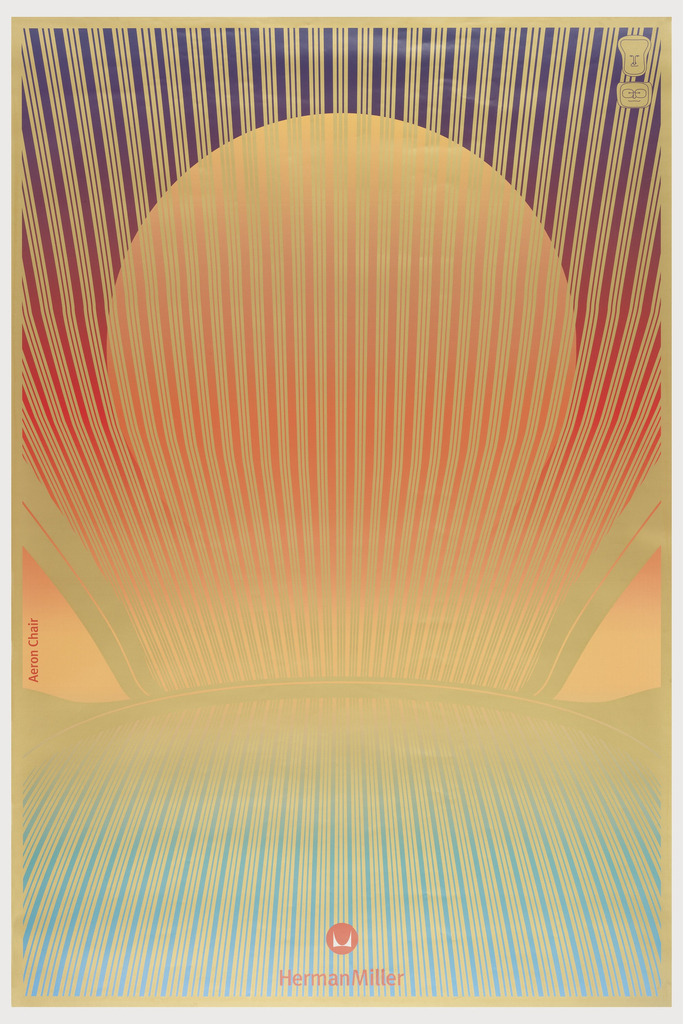 In 2012, under the direction of Stephen Frykholm, Herman Miller, Inc. solicited proposals from a group of international graphic designers for a limited edition poster campaign that would highlight ten of their iconic products still in production.  Ten posters, produced in a edition of ten copies of each, were printed and exhibited in a small traveling show titled THEN x TEN, which showcased the posters alongside reproductions of ten historical posters selected by Frykholm.  The show originated at fortyfivedownstairs, a gallery in Melbourne, Australia in August of 2012, and subsequently traveled to Singapore, Tokyo, and Art Basel Miami.

Kam Tang was among the ten image makers who received the commission.  Each designer was encouraged to choose a product, and Tang chose the Aeron chair, designed by William Stumpf (American, 1936 – 2006) and Donald Chadwick (American, b. 1936).

Tang felt passionately about the Aeron chair, because he is a committed user of one in his everyday practice.  (He saved up to buy his own after he graduated from college).  For his design, Tang wanted to highlight the unique mesh material that makes up the back and seat of the Aeron chair.  Tang has written that the mesh, called Pellicle, “broke new ground and I wanted to capture this new dawn/horizon.”  He sought to “convey a sense of lightness to communicate the material’s transparency and breathing capabilities.”  To do so, Tang chose to remove the chair from the office environment and showcase it as a landscape.  The poster cleverly showcases the seat of the chair in shimmering gold, with the radiating lines of the mesh seat set against a bold sunset.

This object is on view in the exhibition Making Design: Recent Acquisitions through May 2016.

← Of the Stovepipe Variety
Mr. O →

One thought on “New Horizons”