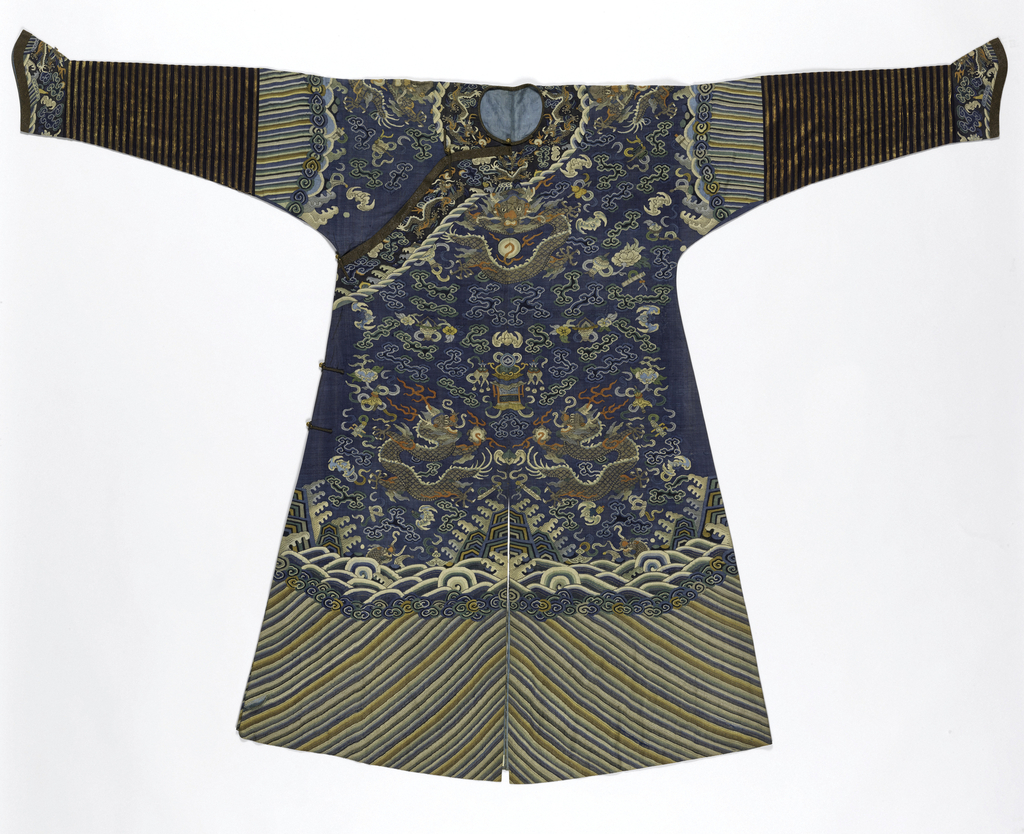 Posted by Rachel Silberstein on December 18, 2015

Dragon robes were worn as court dress during the Liao (901-1125), Ming (1368-1644) and Qing (1644-1911) dynasties in China, with embroidered iconography used to symbolize the emperor’s dominion over land and sea. Common elements include waves, forming a wide band at the bottom of the robe, mountains in the central plane, and clouds, occupying the space around the dragons, which represent the emperor himself.

The depiction of these elements changed over time and can often be used to date robes of this type. This robe likely dates from the nineteenth century, with straight diagonal lines representing waves, and rounded clouds surrounding the dragon. An earlier dragon robe in the Museum’s collection (1960-32-1) features undulating waves and narrower, wispier clouds. Horseshoe-cuff sleeves in gilt-striped fabric are another characteristic of late nineteenth century dragon robes, in addition to the use of numerous auspicious symbols, such as the Eight Precious Buddhist Things and Eight Taoist Immortals motifs featured here. At center of this robe, between the dragons, is a lantern, grain, and double fish to expresses the wish for a “Bumper Harvest of Five Cereals.”

← Getting a Grip on User-Inspired Design
Pastoral Pastime →