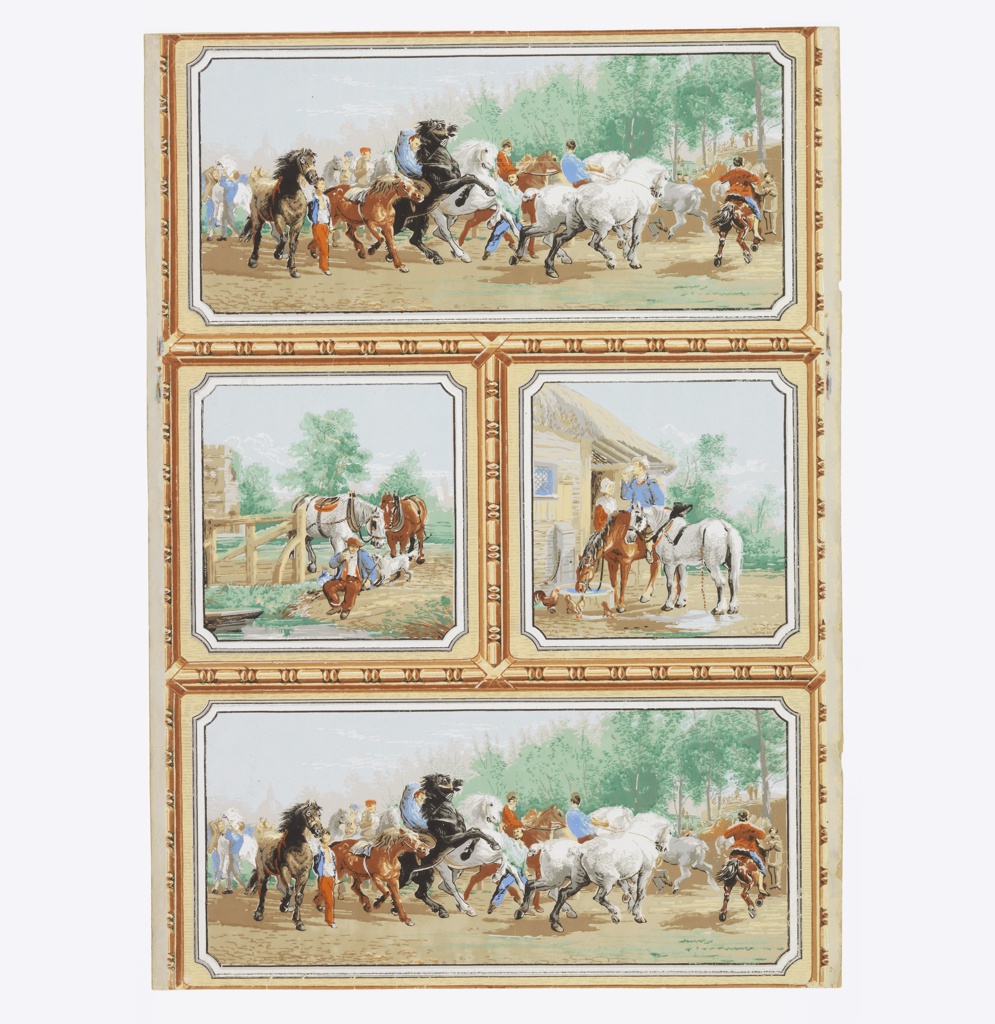 Framed rectangular vignettes are vertically stacked like ashlar blocks on this French wallpaper ca. 1855-75. The frames are printed in yellow and brown and depict bead-and-reel molding. Two square scenes in the center of the page show men both leading horses to water and making them drink, but it’s the identical vignettes that span the top and bottom of the page that are of real interest. The scene portrayed is immediately recognizable as a copy of the famous painting “The Horse Fair”, painted by French artist Rosa Bonheur (1822 – 1899). “The Horse Fair” is her most celebrated work, and depicts the horse market on the Boulevard de l’Hôpital in Paris. Bonheur proudly called it her “Parthenon frieze,” and both painting and artist gained international fame after “The Horse Fair” was first shown at the Paris Salon of 1853.

Bonheur’s lively portrayals of animals and their handlers inspired one critic to state ever-so-generously, “She paints like a man.” The compliment was not merely metaphorical, because Bonheur often wore men’s clothing to avoid attracting attention while painting in male-dominated spaces. Her disguises clearly allowed for an effective work process, because she managed to have a successful, high-profile career at at time when very few women were taken seriously as professional artists. Even Napoleon III and the Empress Eugenie took notice of Bonheur’s work, and she became the first woman to receive the rank of Officier in the Legion d’Honneur. “The Horse Fair” now hangs in the European galleries at the Metropolitan Museum of Art, just a few blocks south of the Cooper Hewitt. Since this sidewall is currently resting in our storage facilities, we recommend stopping by the Met to have a look at the painting that inspired it. Measuring just over eight feet tall and sixteen feet wide, Bonheuer’s original is hard to miss