A Nightcap Before Bed 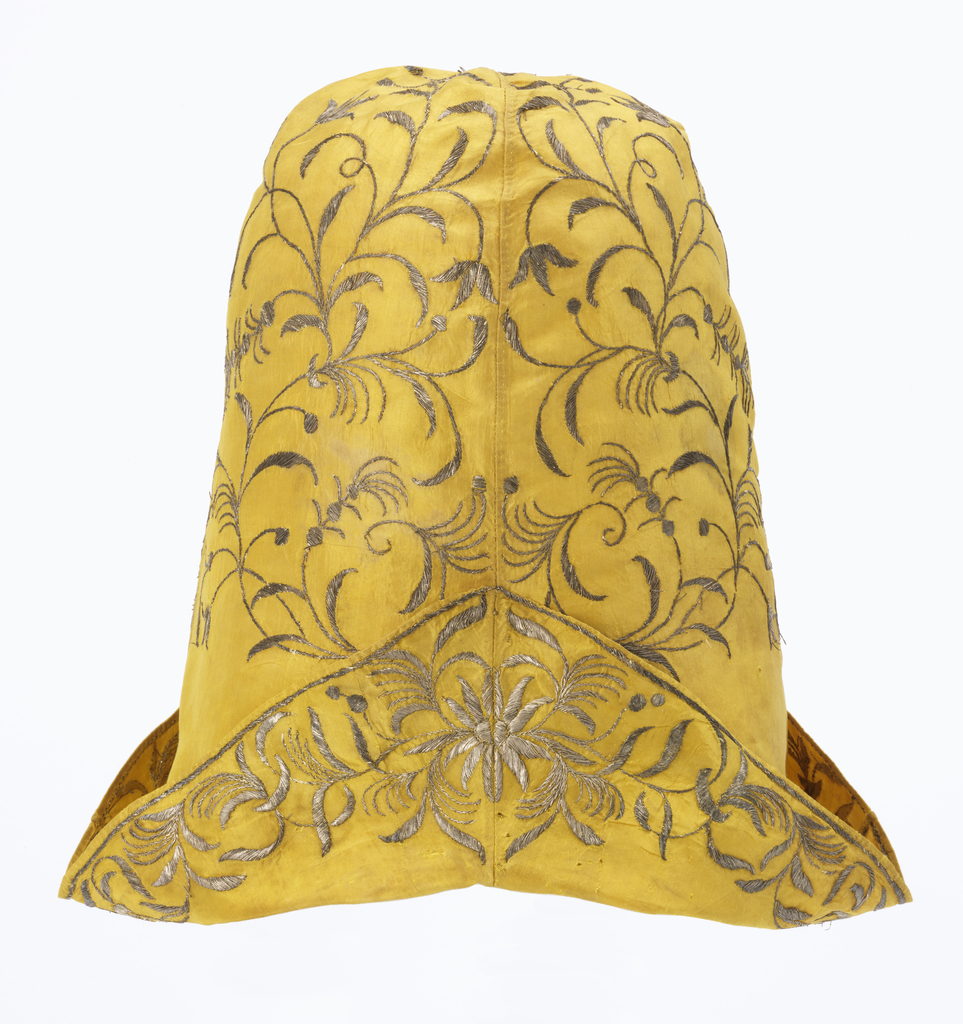 This 18th-century hat is called a nightcap, but it probably was not worn to bed. A man would use this cap to keep his head warm when he removed his wig, since a wig required short hair or a shaved head. A wig was proper attire for men of almost any status in 18th century France, even during informal social occasions at home. This luxurious nightcap was thus meant for private work and intimate meetings such as the morning toilette, when some elite men received guests while attendants helped him to dress and to curl and powder his wig. The nightcap also appeared in portraits of some artists, writers, and doctors to emphasize the timelessness of their professions. This nightcap was probably custom-made in the growing garment industry, where male tailors oversaw female embroiderers in hierarchical workshops. The symmetrical pattern of flowers and curvaceous stems is worked entirely in expensive metallic thread. The form of this night cap is called bicorne because the brim has two corners.

← The King Will See You Now…
A Feast for your Walls →

One thought on “A Nightcap Before Bed”

Thank you this is a gem !
And if this reaches you I say thank you also for getting my email going. I have quite a few to read now!
Barbara