My Hearth Will Go On 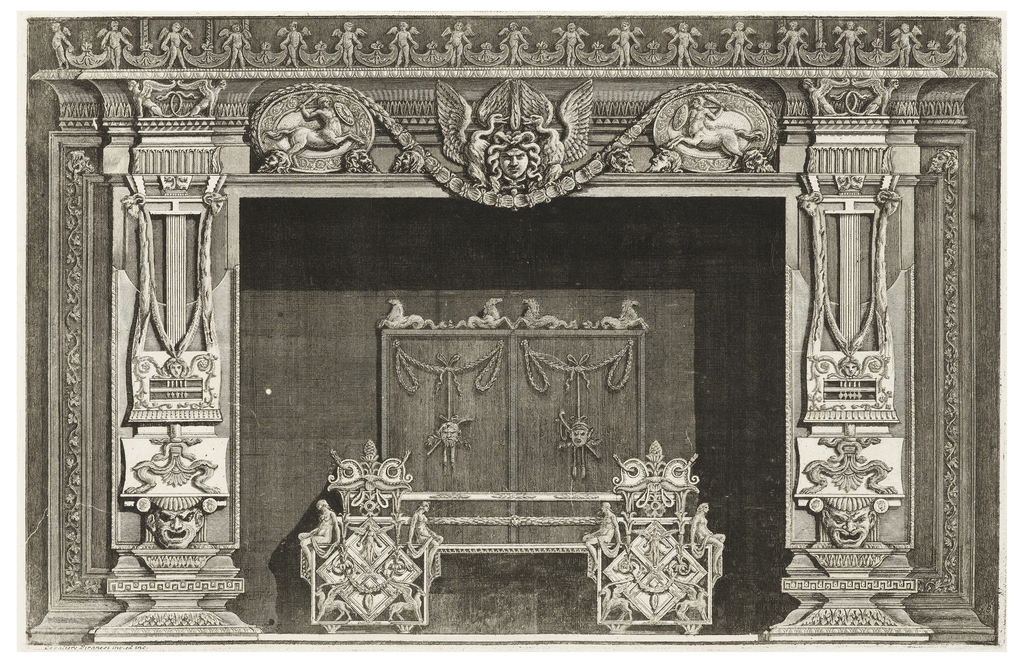 Posted by Julia Pelkofsky on September 20, 2015

This print comes from Giovanni Battista Piranesi’s Diverse maniere d’adornare I cammini ed ogni altra parte degli edifizi, published in 1769. Piranesi created designs inspired by ancient Roman aesthetic principles, which adopted elements of Egyptian, Grecian, and Etruscan motifs until fully absorbing them as their own. In this work particularly, Piranesi included motifs straight from Greco-Roman tradition: the central Medusa-like figure, grotesques, and seated nudes among others. The integration of these motifs into the design embraced the neoclassical tradition of the time, but without reference to other designers of the period. To create the precise details of his design, Piranesi studied physical objects and nature from Greece and Rome from which he drew great inspiration. Like his ancient Roman muse, Piranesi mixed these traditions and created a contemporary aesthetic through his eclectic interpretation of the antique.

Piranesi believed decoration should represent the context in which it is viewed; e.g. a patron who completed a Grand Tour – a popular tradition among learned and elite men in which they toured continental Europe for six months up to several years – would have been suited to this particular chimneypiece because his knowledge mirrored the antique motifs expressed in the design. Because of his approach, Piranesi worked with a patron to best represent the owner, audience and setting, aware that every situation was different. A gentleman who completed his Grand Tour of Europe, in this case, would have come across this type of decoration and objects allowing for a more collaborative exchange. By including this chimneypiece within his home, a patron showcased his elevated status and intellect; he could educate his guests on the symbolic details that Piranesi included and would regale them with stories of his travels at each and every entertaining opportunity.