Keep Warm with a Smart Cap 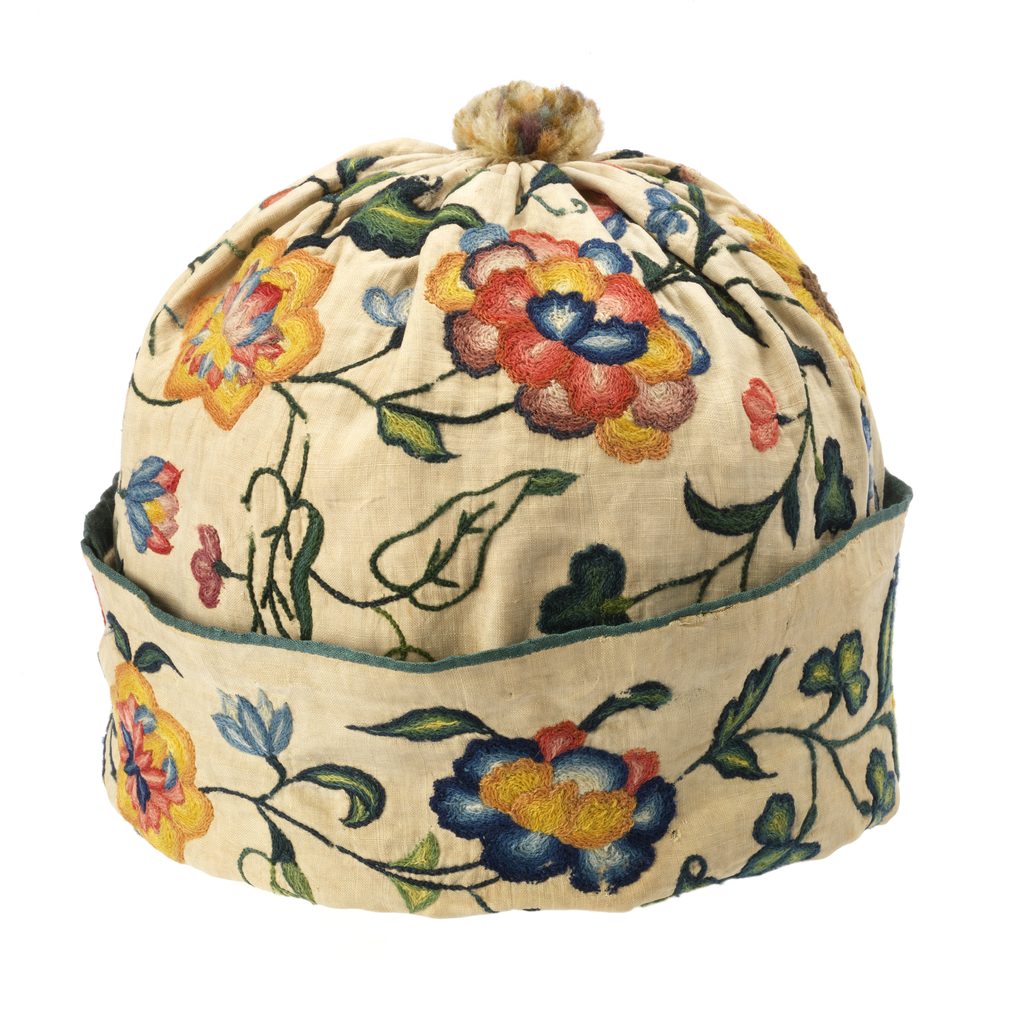 This nightcap, dating from the late 17th or early 18th century, was made using a technique called crewel, a type of embroidery worked with wool yarn on linen. Since men had shaved heads or very short hair to accommodate their wigs during this period, they wore caps like this one to keep warm after their wigs were removed. A wig, usually powdered and curled, was standard dress for men of most classes, and it was worn even at the most informal and private events. This lavish nightcap was thus intended for solitary activities, like writing, and only the most intimate guests would have seen it. Some crewel embroidery was produced at home, although professionally embroidered clothing was increasingly common. The exotic flowers and scrolling stems on this cap are frequently found in crewel embroidery. Some imported cotton textiles from India, called chintz, have similar patterns since crewel embroidery influenced the design of many of the chintzes produced for export to England.

← A Humble Floral
Art Nouveau, all over the floor! →

One thought on “Keep Warm with a Smart Cap”

Q: What is the unkindest thing you can do to cloth?