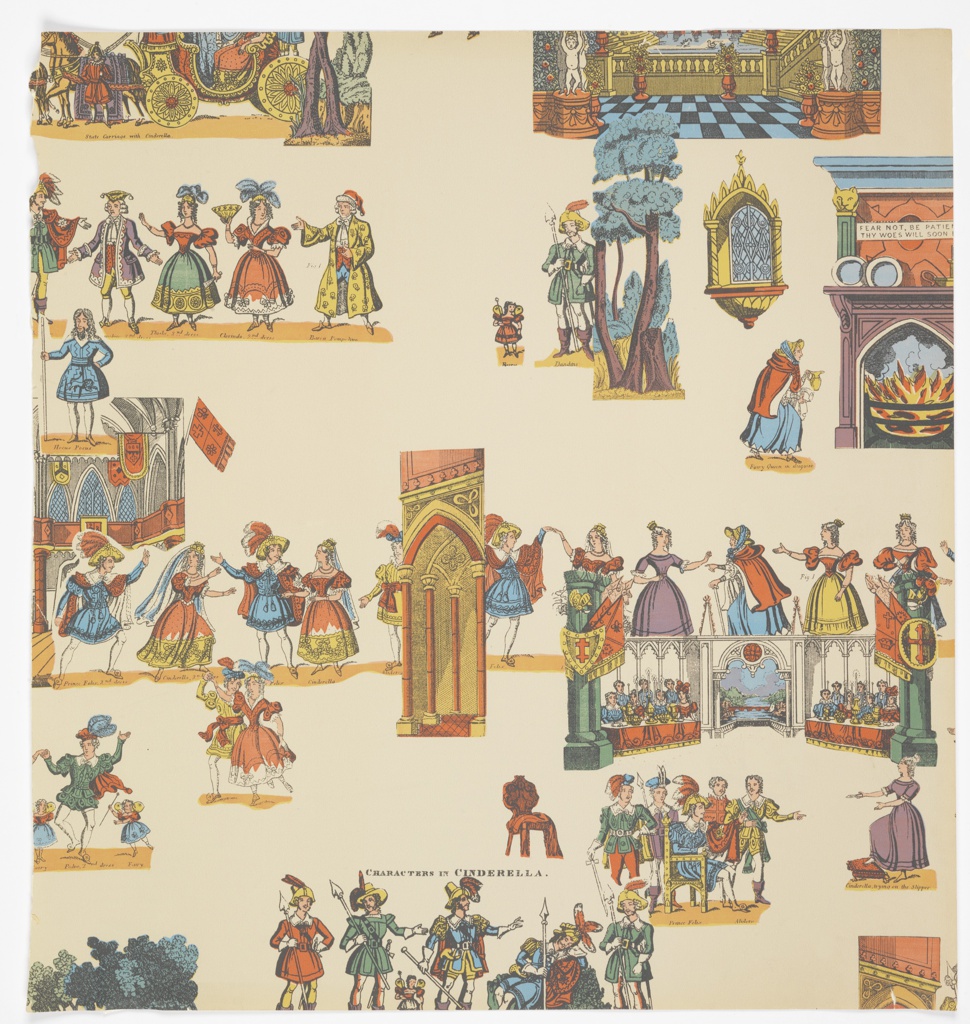 Cinderella is one of the most beloved children’s stories of all time and has been illustrated on wallpaper by numerous designers. This rendition was created by Ilonka Karasz, designer, illustrator, and one of the premiere women industrial designers. Ilonka began designing wallpaper in 1948 and worked almost exclusively for Katzenbach & Warren. As seen in this children’s paper her designs have an unusual perspective and do not show a true sense of depth. The figures tend to appear like paper cutouts, while the various room settings look like two-dimensional stage sets. Ilonka believed walls should be represented as a flat surface and this is reflected in her wallpaper designs. Cooper Hewitt has the largest collection of Ilonka Karasz wallpapers which include papers with repeating patterns.

As the Cooper Hewitt contains nearly a quarter million objects, collecting in most areas of design, one of the unique aspects of the museum is the ability to show a broader representation of a designer’s work. Cooper Hewitt contains the largest collection of wallpaper designed by Ilonka Karasz. This includes repeating patterns, mural miniatures (what one might view in a showroom or be shown by a decorator), marketing brochures, and original drawings for a wide landscape border, as well as diagrams showing printing techniques. Along with her wallpapers the museum also contains a cover for The New Yorker designed for the 1939 World’s Fair, a rug design for Donald Deskey, silver-plated tablewares and designs for this tableware. The museum also contains textiles and embroidered designs made by her sister Mariska.

← Forty Posters in Forty Days
A Star-Studded Tour of France →