Individuals whose own research explores the Design with the Other 90%: CITIES exhibition’s subject matter have been invited to write blog entries sharing their insights, related research and projects. – Cynthia E. Smith, Curator of Socially Responsible Design, Cooper-Hewitt, National Design Museum

Descriptions of the world’s informal settlements are often filled with two kinds of figures – images of families living and working in deeply impoverished conditions are matched with global urbanization statistics. Mediating between these two types of information is the process of enumeration and community mapping. Produced by citizens themselves, they reveal locations, conditions, and lives often unseen in plain sight. Ushahidi, an open-source platform for information collection, visualization and interaction, as used on websites such as Voice of Kibera, reverses the top-down, omniscient position of power of institutionally produced maps. These interactive websites follow a methodology developed over 125 years ago by the female residents of the Hull-House Social Settlement located in the slums of the Nineteenth Ward of Chicago, Illinois. There, under the direction of Florence Kelley, a trained social scientist and labor activist, the work of US Census agents conducting a “Special Investigation into the Slums of Great Cities” was translated by Hull-House residents into Nationalities and Wage Maps.

The Hull-House Nationalities Map of the Nineteenth Ward of Chicago, produced in 1893. Paired with a Wage Map of the same area, it revealed a previously unseen dynamic of labor and immigration. Image courtesy University of Illinois at Chicago Library, Special Collections [HV4196C4H761895 c5 05-08]

Although they may look conventional to us today, in 1893 when they were produced the Hull-House maps were the first of their kind in the United States. They made visible the complex overlaps of activity, ethnicity, race, income distribution, public and private space, and legal and illegal occupations in this immigrant district, rendering a three dimensional image of a space previously understood only as a “ghetto” or slum. Importantly, Hull-House residents lived within the neighborhood they surveyed and served. 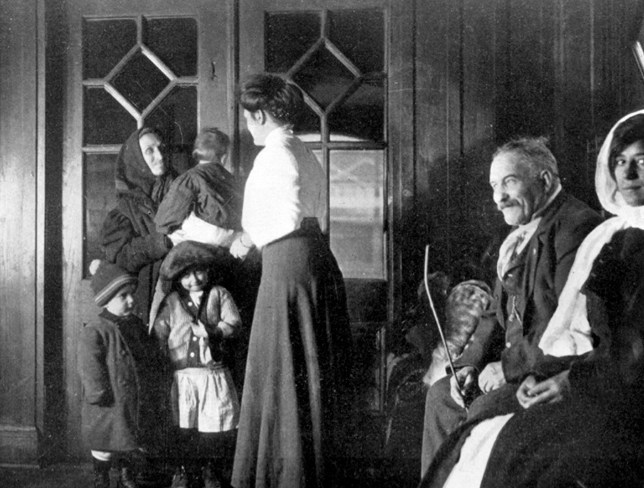 Agnes Holbrook, in charge of the creation of the Hull-House maps, understood their importance in creating a “Kodak view [of a] shifting scene” of the district. Immigrants moved in and out of the tenements and old frame buildings were literally rolled away to make room for new factories. Although such social surveys arose out of concerns surrounding industrialization of the American city – thought to be unruly, wild, and uncontrollable – for the residents of Hull-House they were primarily a tool for social activism, and what Jane Addams, a co-founder of the settlement and winner of the Nobel Peace Prize, referred to as “constructive work,” what we may refer to today as “social work.” With the information articulated in the maps the settlement’s residents were able to argue for health and sanitation, factory and labor (Florence Kelley founded the National Consumers League), and charity and child welfare (Julia Lathrop became the first director of the U.S. Children’s Bureau) reform in the American city. Enumeration of a community in Katima Mulilo, Namibia by Shack/Slum Dwellers International, from the Design with the Other 90%: CITIES exhibition. Credit: Melanie Fox, Smithsonian Institution, 2011.

While the residents of Hull-House lived in Chicago’s Nineteenth Ward, their educational and class status distinguished them from most of their neighbors. Today techniques of census-taking and map-making enables citizens to advocate on their own behalf. Shack/Slum Dwellers International uses the tools of enumeration and mapping for the purposes of improving informal settlements and building communities. Design tools, both produced by residents and shared via horizontal dissemination, community-based mapping stresses local problem solving and community empowerment over top-down planning and control. 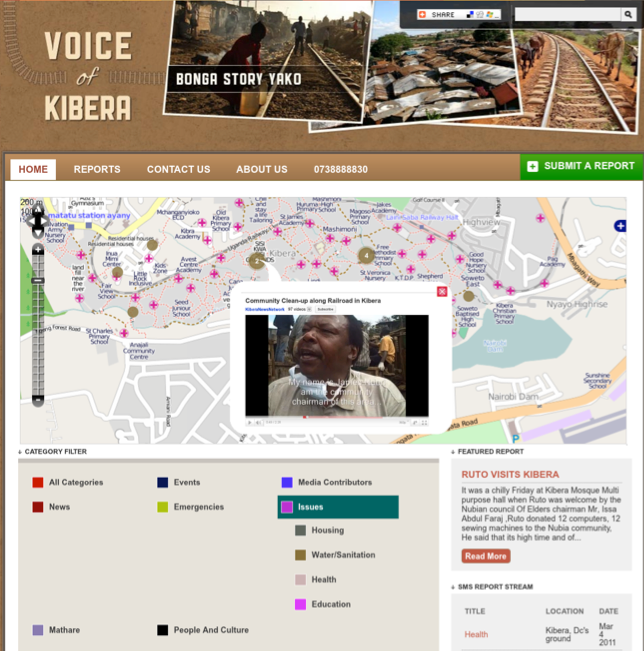 Map Kibera on the Voice of Kibera website, integrating the Ushahidi platform, from the Design with the Other 90%: CITIES exhibition. Credit: GroundTruth.

So too, Ushahidi advances community-based work, adding the important layer of interactivity and rapid dissemination of information. Where the Hull-House Nationalities map could only snap a picture of a moment in time the online Voice of Kibera is a “living project”, revealing conditions and reporting incidents of the informal settlement in Nairobi, Kenya in real time. Overlaid on a locally produced Map Kibera , it is part of OpenStreetMap, an open-source map of the world. Both deeply local through on the ground annotation and networked through the use of GPS, SMS, and the internet, these maps allow a community to visualize and to represent itself – an embedded and embodied globalization.

Sharon Haar teaches architecture at the University of Illinois at Chicago. She is the author of The City as Campus: Urbanism and Higher Education in Chicago and the website Urban Archaeology Chicago. Her current research investigates the role of entrepreneurship, design innovation, and global networking in architectural practices devoted to social activism and humanitarian relief.