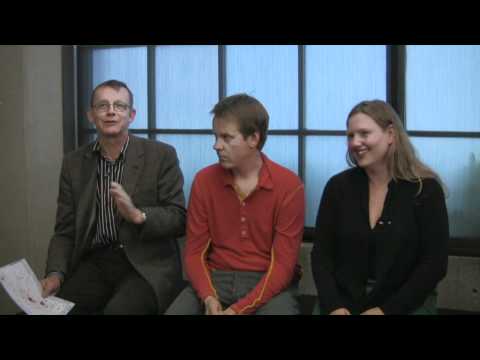 Hans is a professor of international health in Stockholm, Sweden. He spent two decades studying outbreaks of disease in remote rural areas across Africa. In 2005 he cofounded the Gapminder Foundation with his son and daughter-in-law, who helped him by designing the animated presentations for his lectures. Gapminder is a modern "museum" that helps to make the world understandable using the Internet and animated graphics to communicate statistics and other information about social, economic, and environmental development at local, national, and global levels. Ola and Anna were studying to become artists but were fascinated by the information that Hans was using for his lectures. They taught themselves to design software to convert the statistics into emotionally compelling and enjoyable media presentations. They have won awards by being "humorous, yet deadly serious." Ola and Anna now work at Google, supporting their Trendalyzer software, which Google acquired in 2007.