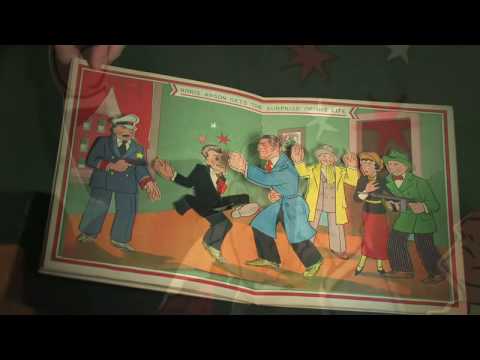 The popular comic-strip character Dick Tracy was created by Chester Gould for the Chicago Tribune in 1931. Harold Lentz, the paper engineer for this as well as for several other Blue Ribbon Books and Pleasure Books publications in the 1930s, was a master of beautifully crafted pop-up scenes.