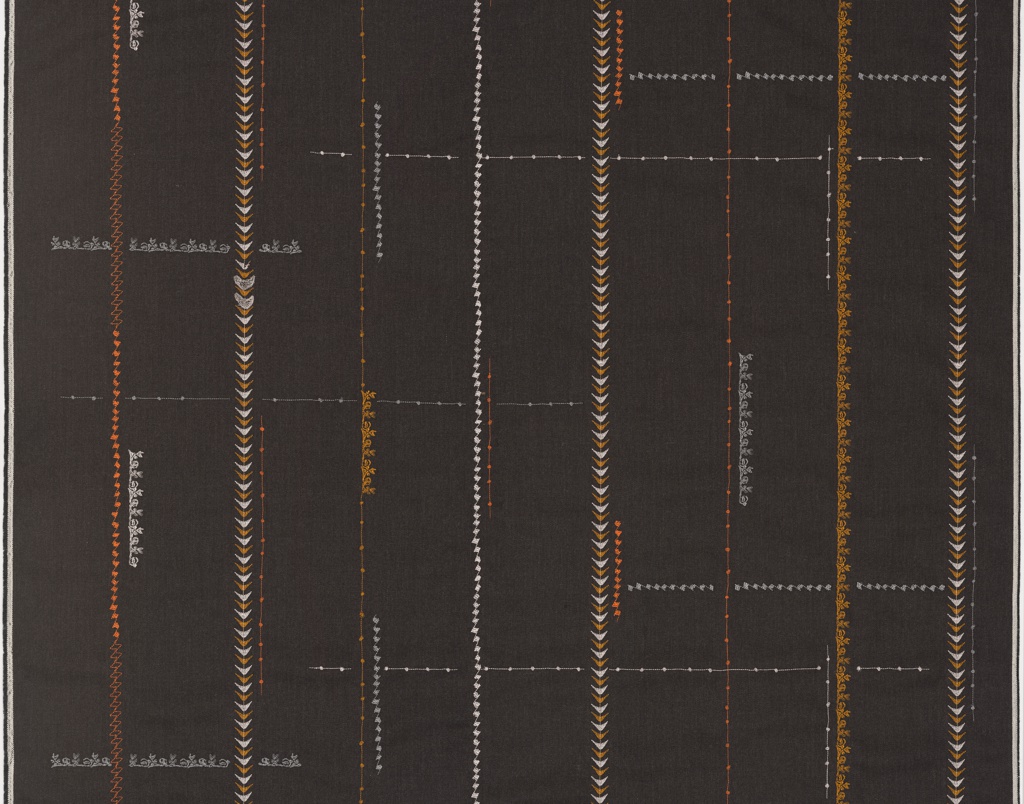 In 2005, Hella Jongerius was invited to curate a Selects exhibition at Cooper Hewitt. She became fascinated by the museum’s collection of over 1,000 embroidered samplers. For the exhibition, she made her own “Sampler Blankets,” which combined motifs drawn from the historic examples with industrial techniques like machine embroidery and needle-punch felting. These explorations were later commercialized in her Layers designs for Maharam.

Borders continues her exploration of embroidery, both the flora and geometric borders which form much of the patterning on samplers, as well as embroidery that is often used on traditional garments to embellish seams. In Jongerius’s design, the “borders” criss-cross the field in an irregular grid. Borders and Layers are frequently used in combination on her Polder sofa for Maharam.

← On a Hot Summer’s Night….Icy Cold Silver
A Bed for a King →