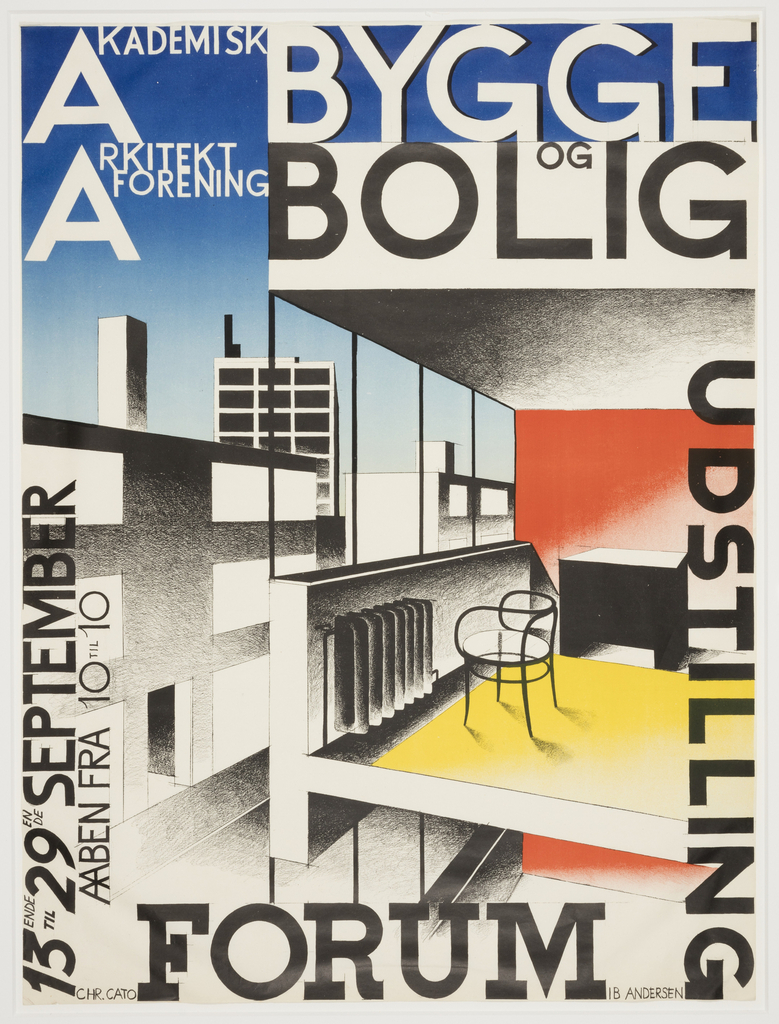 IB Andersen (Danish, 1907-1969) was barely out of school when he designed this poster to promote the 1929 exhibition of Buildings and Homes in Copenhagen, Denmark. The exhibition was a significant one, as it featured a built model of the “House of the Future,” as designed by Arne Jacobsen (Danish, 1902-71) and Flemming Lassen (Danish, 1902-1984). Design for House of the Future (Royal Academy of Fine Arts Library, Copenhagen)

While the single-family “House of the Future” was among the most impactful presentations of the exhibition, it was just one of many proposed dwellings on display. Andersen’s poster featured a more generic illustration of urban apartment buildings instead of any particular exhibited project. The image, which was also used as the exhibition catalogue’s cover, nodded to two significant movements of the avant-garde: a Bauhaus-inspired cityscape is punctuated by the primary color palette of the de Stijl school.

While Andersen trained as an architect, he found his calling in the graphic arts. He continued to create posters and other advertisements throughout his career. However, from the mid-1920s until 1960, Andersen produced regular illustrations for Politiken, the leading Danish daily newspaper, and it was through this work that he established himself as a household name.

← A Dexterous Touch
All that Glitters →