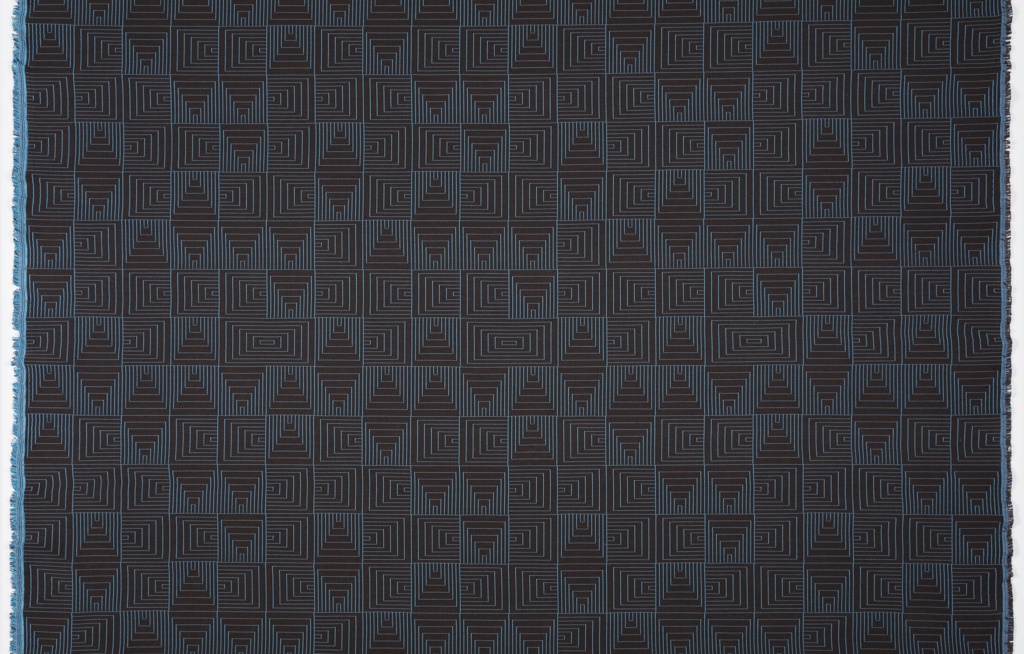 When world-renowned architect David Adjaye was invited to curate an exhibition for the museum’s Selects series in 2015, he quickly chose to focus on the museum’s little-known collection of West African textiles, including works from Ghana, Nigeria, Ivory Coast, and Mali. Having devoted eleven years to an in-depth study of the architecture of the African continent, Adjaye found that a region’s textile and craft traditions could present solutions for larger-scale design concerns. “These techniques can be…inspirational for modern architectural initiatives seeking to provide a more sustainable and culturally relevant built environment,” he said.

Given his interest in combining traditional African aesthetics with a modern design sensibility, the museum initiated a collaboration between Adjaye and Knoll Textiles to produce a line of fabrics inspired by the textiles in the exhibition. The resulting collection of six upholsteries, two drapery sheers and one wallcovering premiered at NeoCon in June 2015 where it won both the Best of Neocon and the Neocon Gold awards.

Cairo features a design of finely drawn concentric diamonds, inspired by the paired wrappers, called pelete bite, worn by the Kalabari people of the Niger River delta. It also incorporates a weave effect that replicates the painstaking drawn-thread embroidery used to create those textiles.

← Artistic Expression on the Wall
Radio in the Round →