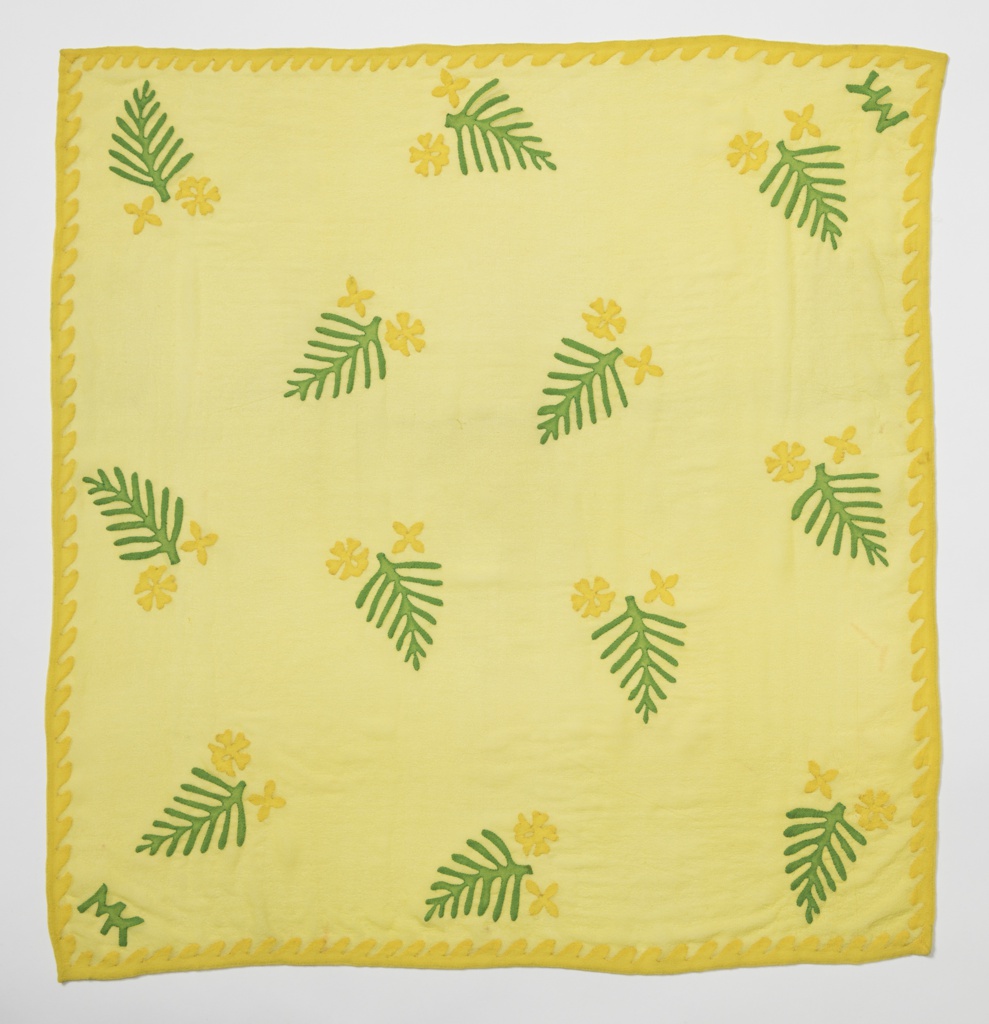 Mariska Karasz’s fashions for women were clean, simple, and modern in cut, but were made unique, charming, and unusual through the addition of appliquéd and embroidered patterns inspired by traditional folk embroideries of her native Hungary. “Dateless is Mme. Karasz’s own description of the evening and afternoon frocks and hostess gowns that are classically princess in silhouette but are individualized by the colorful hand-sewn appliques in intricate designs of peasant origin which are always identified with this house.”[i]

Appliqué has a long tradition in Hungary, where it was typically worked in leather, wool felt, linen or cotton. Karasz created her appliqué primarily in silk – including silk crepe chiffon – an exceedingly difficult proposition. One author noted “Mariska’s daring use of appliqué,” adding that “the illusiveness [sic] of chiffon holds no terrors for her or her skilled assistants.”[ii]

Numerous garments in the family’s collection, reproduced in Ashley Callahan’s monograph, “Modern Threads: Fashion and Art by Mariska Karasz,”[iii] show designs and techniques nearly identical to those in this scarf. It most closely resembles a pair of silk appliqué scarves Karasz created for her two daughters, Sloveig and Rozsika. Sloveig’s has a design of cats and leaves very similar to those seen here, while Rozsika’s features cupids, hearts, and arrows. Each scarf includes the girl’s name and the joined initials MK in the corner, as seen here.[iv] Karasz was consistently praised in the fashion press for her unusual color sensibility. The fresh yellow and green combination here is reminiscent of her 1937 collection, with “lively color combinations suggesting their suitability for resort wear.”[v]

← Sample Books Offer Clues to Decor Trends
From the Dinner Table to Museum Display: Case Study of a Napkin →