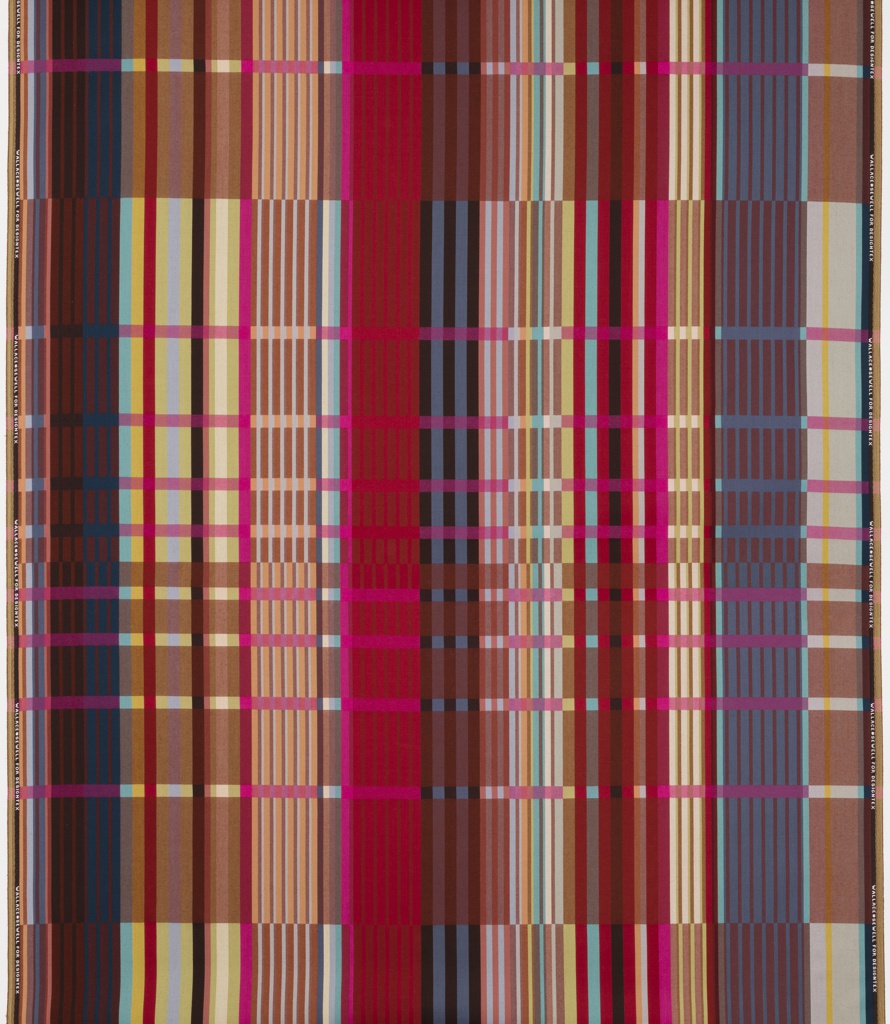 To celebrate the opening of Saturated: The Allure and Science of Color (May 11, 2018-January 13, 2019), Object of the Day this month will feature colorful objects from the exhibition. This post was originally published on February 1, 2017.

New York-based textile design firm Designtex collaborated with Harriet Wallace-Jones and Emma Sewell of the British textile studio Wallace Sewell to create series of wool upholstery fabrics showcasing the duo’s signature sophisticated color work. Wallace Sewell is well-known for their colorful woven home and fashion accessories, but had not previously designed for the built environment. In keeping with Wallace Sewell’s commitment to producing locally, the fabrics are being woven at the Hield Brothers mill in West Yorkshire, England, weavers of fine woolen suiting fabrics for Saville Row.

The collection of four designs begins with Clerkenwell, a warp stripe with intricately planned rhythms of chromatic harmonies and contrasts, offered in five colorways. Building on those complex warp arrangements, they developed three oversized plaids, Armwell, Exmouth, and Myddleton, in which horizontal bands that are close in hue and tone are interspersed with bursts of contrasting color. Irregular spacing breaks up the standard grid, creating a dynamic pattern. Combined with a satiny hand, these fabrics bring an unexpected freshness to wool plaid.

← Glass Rods, Like Slices of Candy, Add Color and Depth
The Color of Landscapes →

One thought on “Building on Color”

I have been. Collecting textiles from around the world for about40 years.
As I’m getting older I would like to donate some to a place that they would be appreciated. Do you accept donations and how do we connect to see which ones.
Judi Green 631 673-0005
judig22@optonline.net