Looking At a Star 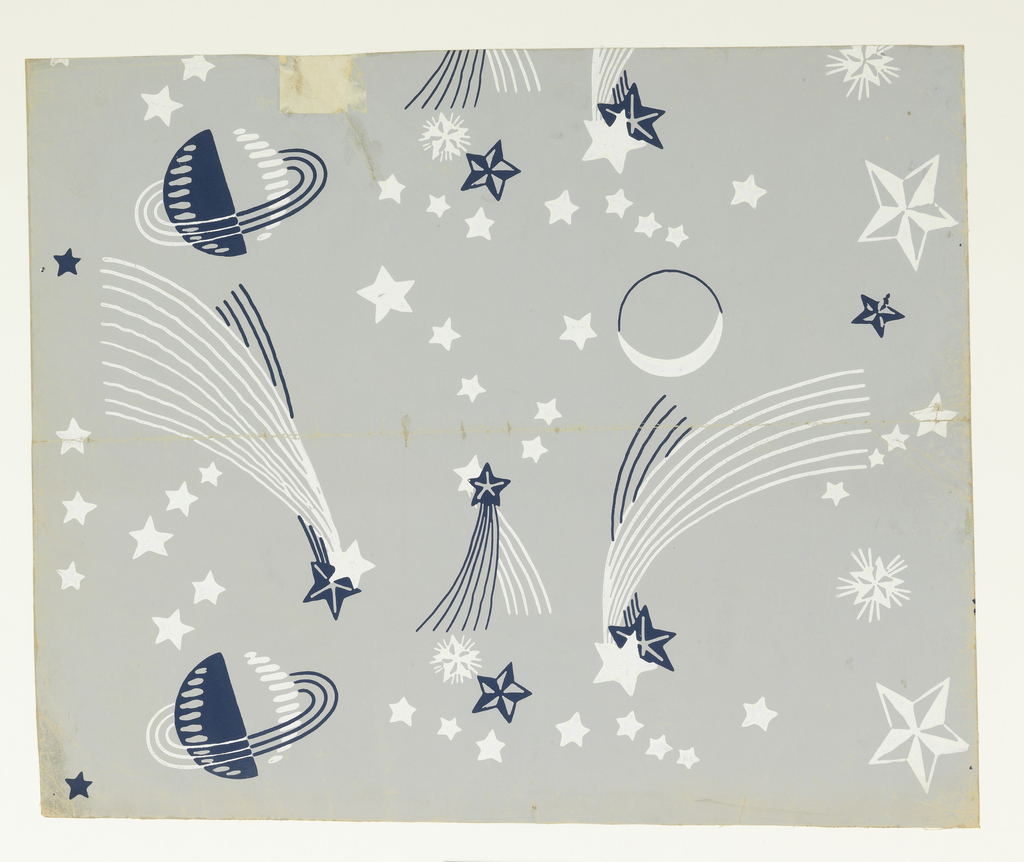 Long before the space race and the potential of space travel, humans have always been fascinated with the stars as tools for better understanding our world and our place in it. Naturally, artists and designers also take inspiration from the expanse of space above. This whimsical wallpaper transforms the space in which it is installed into a playful reimagining of the cosmos. Blue and white geometric motifs of stylized stars, planets, and moons crisscross along a slate-grey background; evoking a sense that this paper would most likely have been used to lighten up a room, possibly in a child’s bedroom.

Constellation, designed by Marion Dorn and manufactured by Cole and Son, Ltd., represents just one of the many captivating surface patterns Dorn created in her lifetime. Marion Dorn was born in San Francisco during 1899 and earned her bachelor’s degree at Stanford University before moving to England to begin her livelihood as a textile designer. Over the course of her career she created a plethora of designs for wall hangings, such as wallpaper, and in other media including carpets and rugs. In 1934, she founded her own company, Marion Dorn Ltd., and was considered one of the leading textile designers in England at the time. This particular sidewall is the first screen-printed paper that she created. Dorn’s company completed luxury commissions for prominent London hotels, such as the London Savoy, and ocean liners before she needed to leave Britain in 1940 due to the advent of World War II.

← Macro Embroidery
A Room of One’s Own →