Pleasing the Eye and the Ear 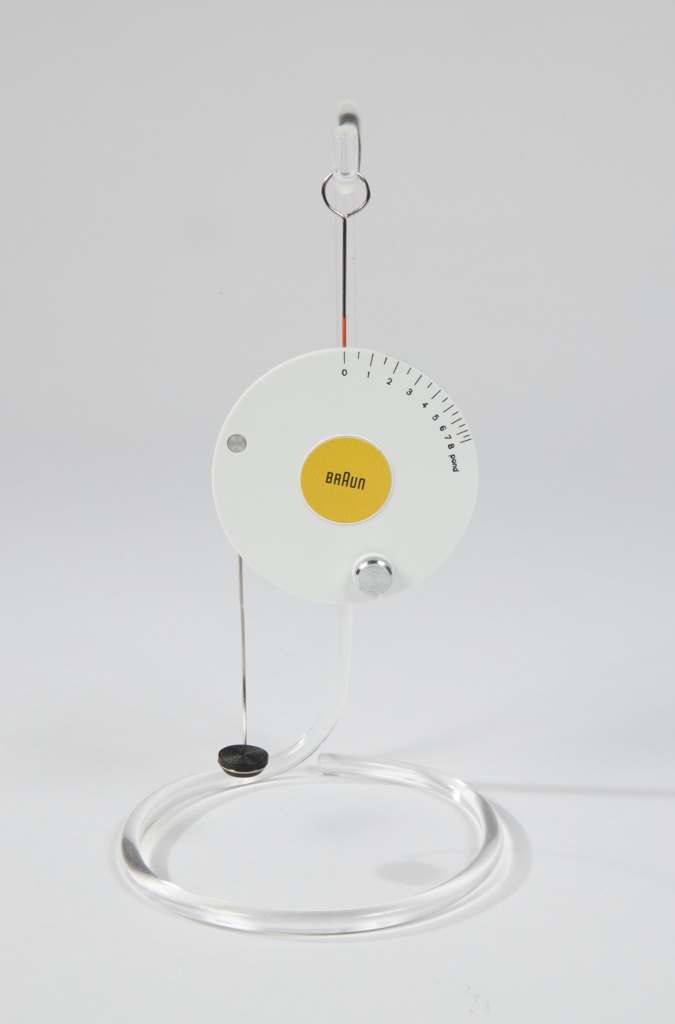 As the head of design at Braun, a German consumer goods manufacturer, from 1961 to 1995, Dieter Rams created a myriad of products—from calculators to fans to watches–which are now considered hallmarks of 20th century industrial design. Many of these objects are currently on display in Bob Greenberg Selects at Cooper Hewitt until September 9, 2018. Dieter Rams’ designs are characterized by their outward simplicity, intuitiveness, and minimalist aesthetics.

The Tonarmwaage—German for tone arm—is a scale which allowed users to determine and then balance a phonograph’s tonearm settings. In the early 1960s, Dieter Rams worked extensively on Braun’s audio equipment in an attempt to gain traction in the area of hi-fi sound systems. To use the Tonarmwaage, the user holds the scale from the top and rests the lower implement on the stylus at the end of the phonograph’s toner arm. This measures the downforce in ponds, the increments indicated on the scale. Though this object is a smaller accessory to Braun’s larger audio projects like their record players, the scale’s design still shows an acute attention to detail and simplicity. Despite the obscurity of this object within Rams’ oeuvre, it still reflects what the designer called his “Ten Principles of Good Design.” Among other adages, this list included the maxim that “good design is as little design as possible.” The tonarmwaage embodies this idea with its limited color palate and easy-to-read text. Though the usage of tone arms has largely become obsolete, Rams’ approach to design still pervades contemporary trends. Companies such as Apple have frequently co-opted his designs as inspiration for their products and software.