An Inspired and Empowering Hearing Device 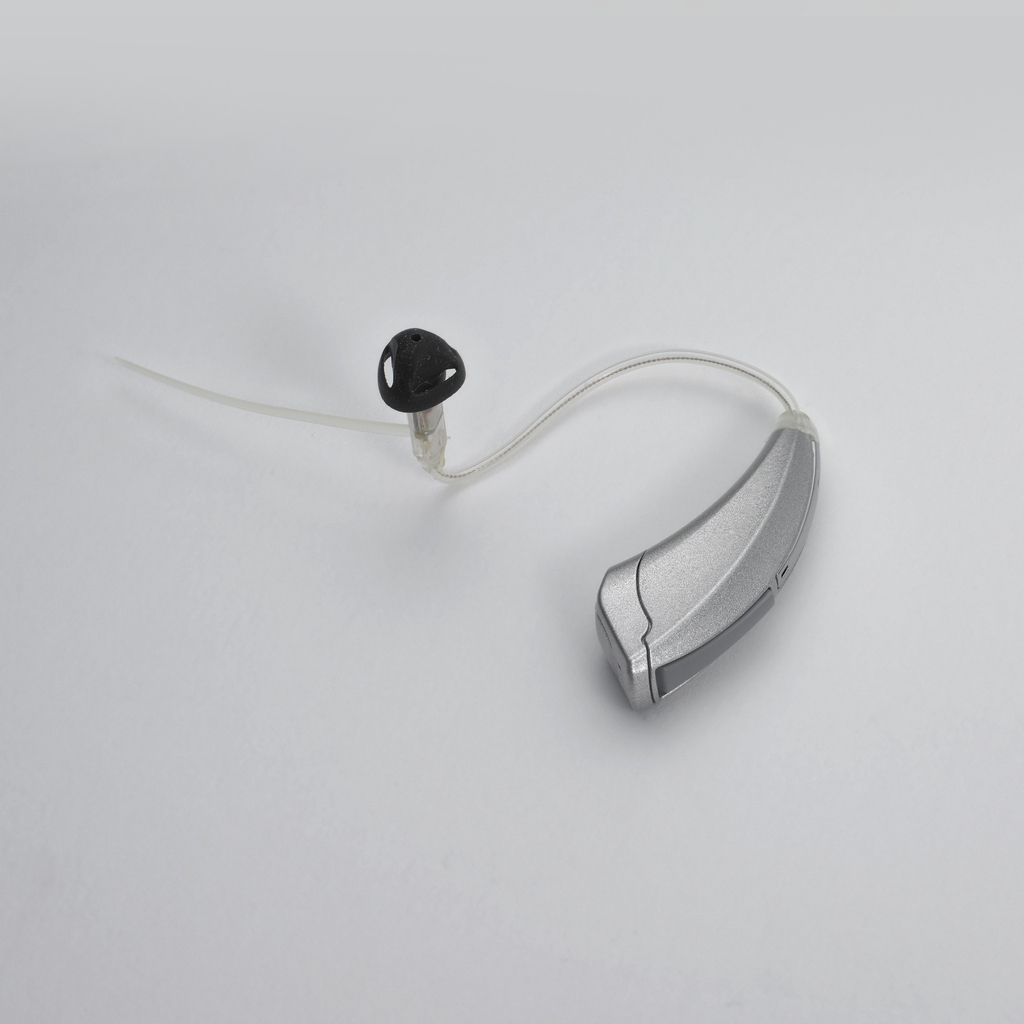 In celebration of the museum’s inaugural Cooper Hewitt Lab: Design Access taking place in the Barbara and Morton Mandel Design Gallery through February 15, we are highlighting innovative accessible design from the permanent collection.

How can you make a hearing aid both elegant and functional at the same time? Stuart Karten Design introduced the Zon as a way to combat the stigma that is usually associated with the traditional beige shrimp-shaped hearing aids. Often associated with age, weakness or even disability, many individuals with hearing impairments wait as long as eight years before getting their first device. Karten set about giving the hearing aid a dramatic makeover, inspired by the forms of modern architecture, jewelry and automotive design. Available in six understated colors that blend seamlessly with various hair and skin tones, Zon is nearly invisible when worn behind the ear. In many ways, it bears more resemblance to a piece of jewelry than a medical device. Controlling the device has been simplified as well: whereas traditional hearing aids often incorporate a series of small switches, the lower half of the Zon is designed to function as a seamless push-button control. The Zon hearing aid is an example of the ways that good design can be employed to create tools that both inspire and empower. The device was a 2008 recipient of the Cooper-Hewitt, National Design Museum’s People’s Design Award.

One thought on “An Inspired and Empowering Hearing Device”

What functional advantages are inherent besides the appearance ? Better battery longevity?
What is seamless push-button control, how does it work?
Where can this be purchased?