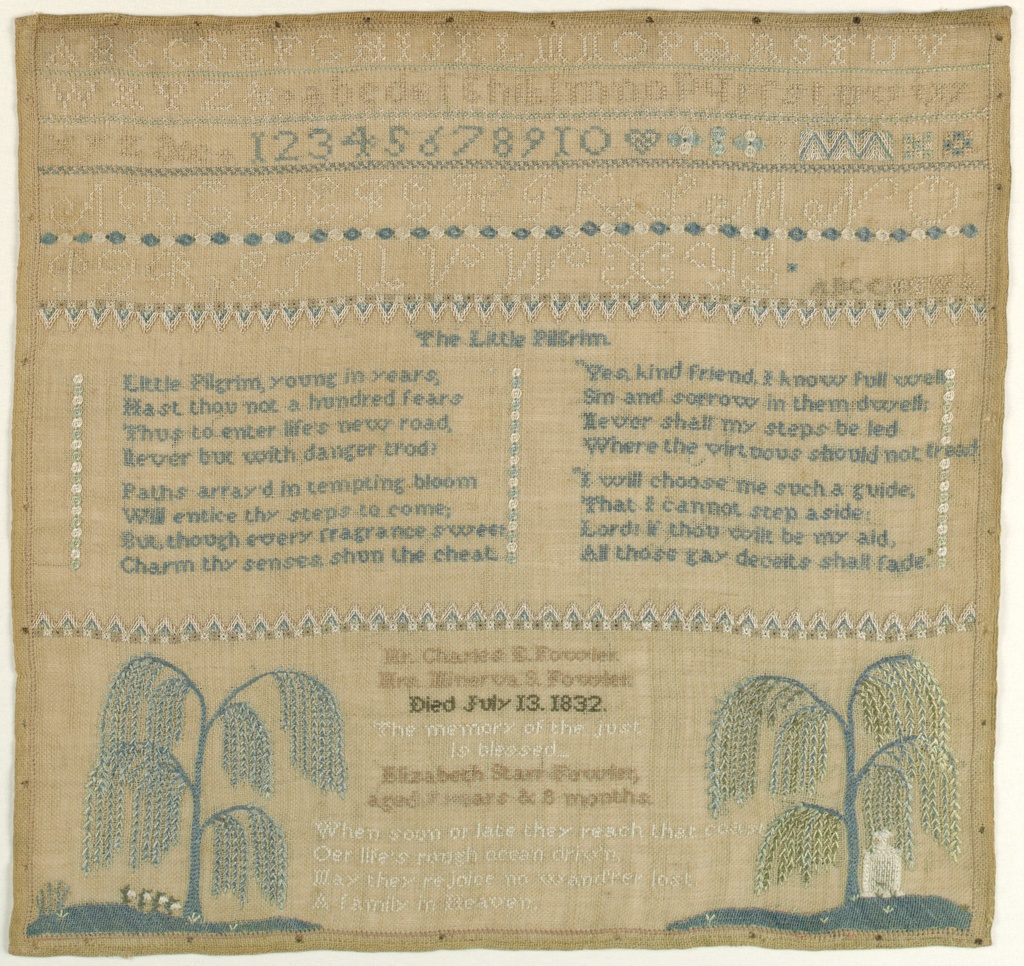 This sampler was worked by nine-year-old Elizabeth Starr Fowler (1822–1904) shortly after the death of her mother. It is unusual in that it combines elements of a traditional alphabet sampler with those of a mourning piece. At the top of the sampler are several rows of alphabets followed by a verse. The bottom section includes Elizabeth’s name and age, her parents’ names, and her mother’s death date framed by two weeping willows. Beneath one of the trees is a white tomb.

Elizabeth and her husband were prominent members of Guilford society, and accounts of their activities, such as the 1887 purchase of a farm in Riverside, California, regularly appeared in area newspapers. The family lent several items, including a portrait, silver, and porcelain, to an exhibition commemorating the 250th anniversary of the settling of Guilford. Their Guilford residence – a house known as Charles Fowler Place, which Elizabeth inherited from her father – was torn down in 1937, but its image is preserved in a photograph.