A Cricket on Ascension Day Keeps Bad Luck Away 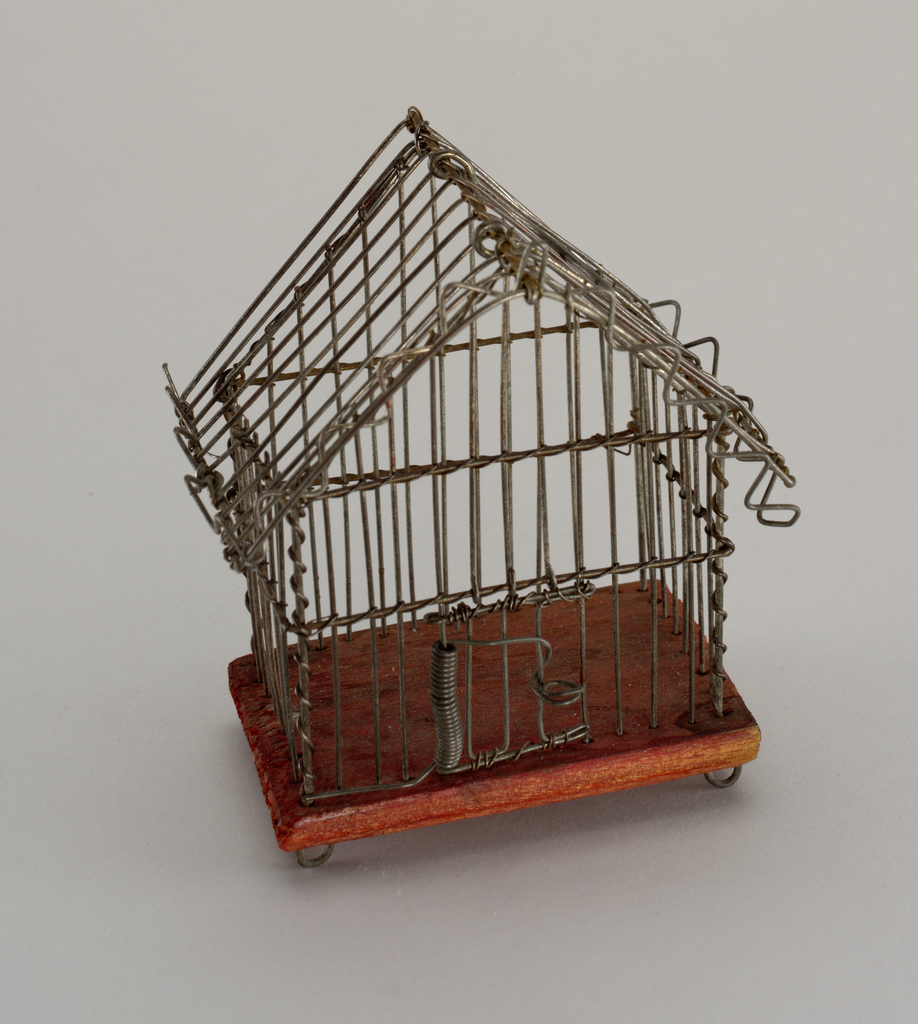 Posted by Nick Stagliano on November 1, 2017

According to the New Testament of the Bible, Jesus Christ ascended to Heaven from the Mount of Olives on the 40th day after Easter. Some Christians commemorate this as Ascension Day. In Italy, Ascension Day is celebrated by the exchange of crickets between friends. If, in the course of the day, the cricket chirps, its owner will have good luck. If the day passes and the cricket has not chirped, bad luck will follow the owner until the next Ascension Day.[1] In Florence in the late nineteenth and early twentieth centuries, crickets were sold in cages on the streets for a few pennies.[2] People, especially children, would also look through the grass for crickets, and bets would be placed on which cricket would jump the furthest or the highest.[3] This cricket cage was made in Florence in 1903 and is marked on the bottom “for Ascension Day.”

In China, bets were also placed on crickets, but in a different context. Beginning in the Tang Dynasty (618-907 CE), cricket fighting was a popular sport, first with the emperors and later among commoners. Bets would be placed on the likely victor, and the loser was determined based on the first cricket to avoid battle—or to be thrown from the ring. To stimulate aggressive tendencies before a fight, owners would stimulate the crickets’ antennae. Losing crickets are rarely injured and are usually released[4], while especially celebrated victors were sometimes afforded their own funerals, coffin and all.[5] Although the activity is more than 1,000 years old, it has experienced a recent resurgence. In 2010, more than $60 million was spent on crickets and the cricket-fighting industry in China.[6]

This cricket cage and two others, all collected by the Hewitt sisters, are currently on display in the exhibition The Virtue in Vice.