“Weaving Is My Language” 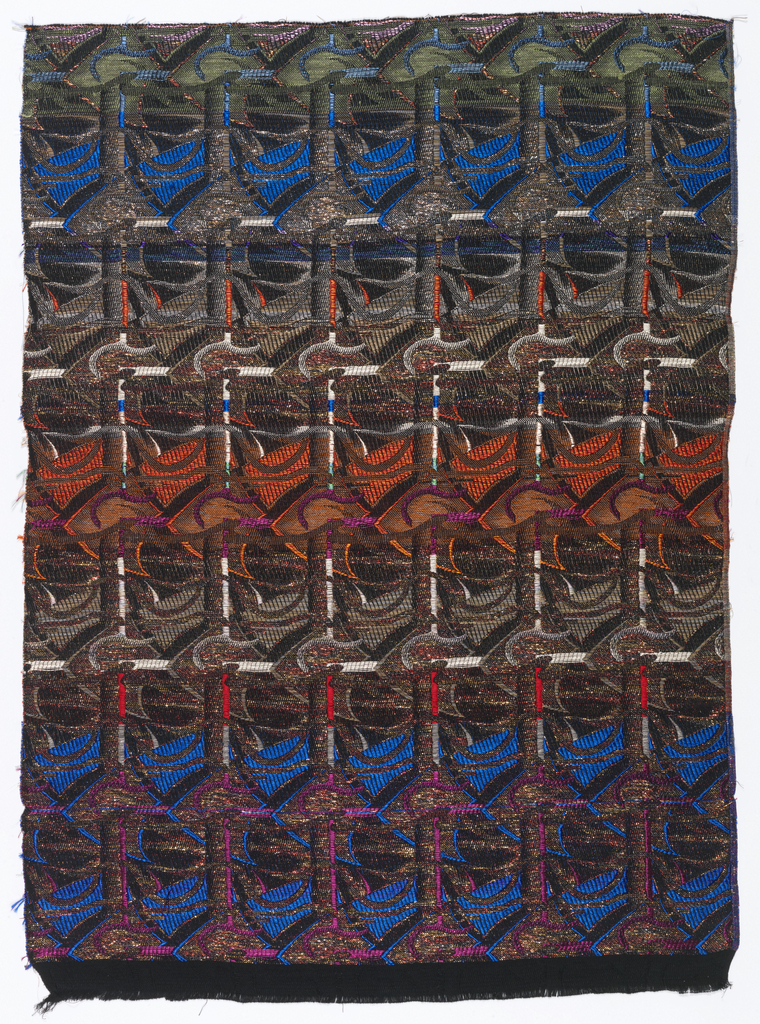 Weaving is Cynthia Schira’s language. It is how she expresses herself, what she “talks in.”
Growing up in New England in the 1940s and ‘50s, she had no particular interest in textiles. She wanted to study art at the Rhode Island School for Design but in order to fund her RISD education, she had to accept a scholarship that required that she major in textiles. That was her serendipitous introduction to the loom and the art form that would become her life’s work.
While many of Schira’s fiber arts contemporaries in the 1960s and ‘70s moved to off-loom constructions and fully three-dimensional, sculptural forms, Schira remained committed to the more two-dimensional, loom-woven pliable plane. For her, the grid-like geometry of weaving was both inspiring and liberating. “I’ve always worked with the intersection of a vertical and a horizontal, like a building of the two things together,” Schira said in a recent interview. “So that gives me a freedom then to let my mind open…”
Schira’s work embraces innovative, complex visual programs and weave structures. She was quick to adopt the jacquard loom and then digital jacquard technology to expand the range of what she could achieve in the language of weaving. “If you’re a weaver, you are using technology right from the very beginning. Every loom is a technological thing […] So now that I’m using a computer and a jacquard loom, […], it ‘s simply an extension of the technology that I have always used.”
The precision, sense of color and texture that characterizes Schira’s work is evident in this jacquard weaving from the early 1980s. The design is formed by the visual articulation of weave structure on the surface of the cloth. The work evidences a close relationship between the visual program and the woven grid: the vertical and horizontal repeats of the abstract pattern echo the fundamental character of warp and weft. Bright colors transition boldly through the fabric, highlighting the horizontal repeats.
Cynthia Schira still speaks in weaving today, using digital design software to explore sophisticated visual programs and articulate them effectively on the loom with an expanded vocabulary of woven forms.