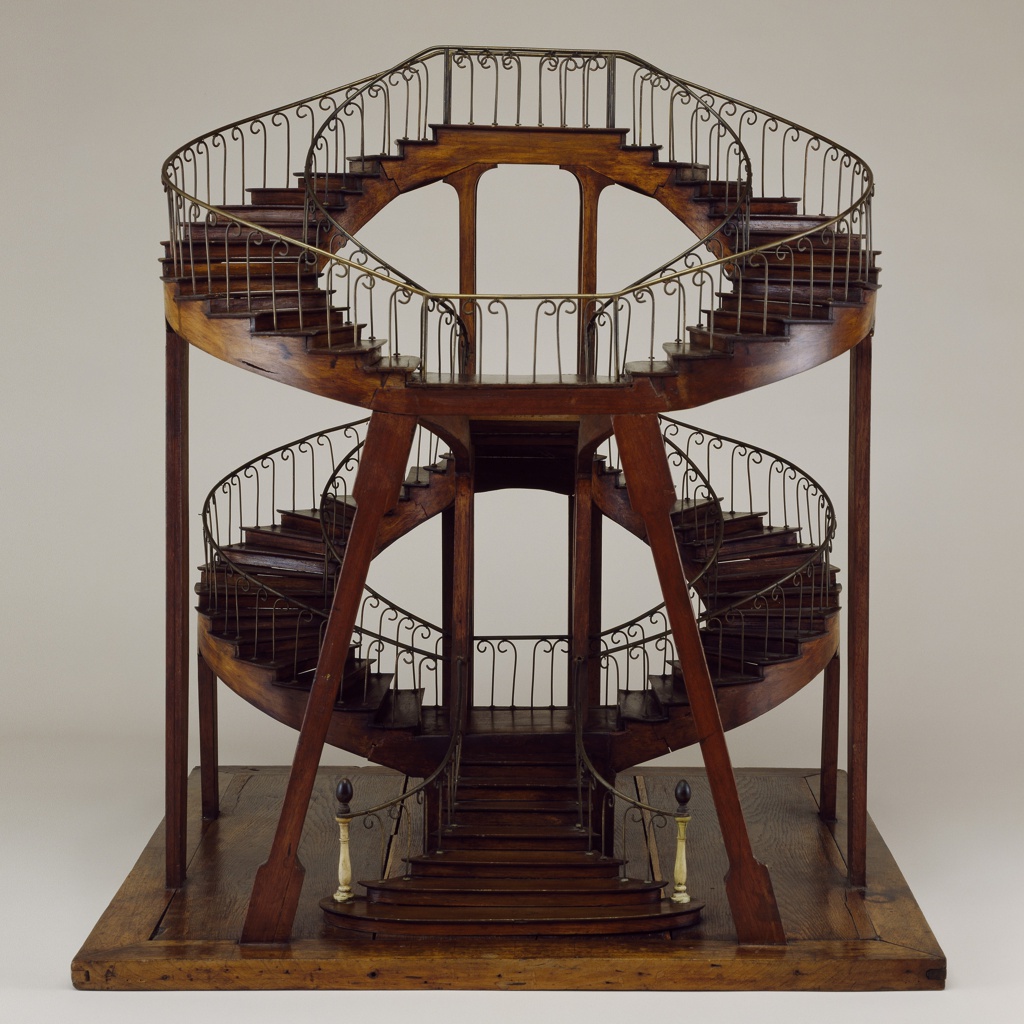 One thing that has always stuck out to me is the way in which small physical representations have the power to spread ideas through society. Therefore, of course, I was drawn to the Cooper Hewitt’s model and prototype gallery, where I first encountered this striking piece. Architecture has always been a driving force in society, whether is it the Pantheon, a farmer’s home in the woods, or the Seagram Building. No matter where you are in the world, the architecture that surrounds you, shapes your environment and furthermore your life. Even in the ancient times of the Romans, physical representations of architectural accomplishments were of prime importance. After the completion of the Pantheon in around 126 AD, the Roman emperor, Hadrian, commissioned all of the new coins to be minted with the images of this incredible architectural accomplishment. This act of producing a smaller, more accessible model allowed for people all across the Empire to view the accomplishment, and paved the road for future forms of three dimensional representation. Physical objects provide a sense of intimacy between the viewer and the original image. The architectural model as a whole is crucial as it allows the viewer interpret a structure in three dimensions and fully envision what the end product would be.

This late 18th century model is particularly fascinating as it amalgamates both the intricate design of the staircase with the skilled craftsmanship that would be required in making this pear wood staircase model. In addition to the intricate design of the triple tiered staircase, there is a sense of harmony between the craftsmanship and the design. Though close examination of the craftsmanship, it is easy to determine that extreme time and care went into the making of this staircase. Every baluster on the railing is made out of individually curved wire, representing the patience, skill, and care in making a complex model of this nature. Instead of focusing just on the staircase, the builder implements the use of pillars to represent the structural elements, probably a solid wall, which would be present in the actual building of this model. This model reflects some of the values that were outlined by the compagnonnage system which was prevalent in late 18th Century France. Compagnonnage was the meritocratic system that allowed craftsmen outside of the traditional guild system to obtain the status of master craftsman. Entrance into the guide system mainly relied on royal patronage or hereditary inheritance. One would be able to obtain the status of master craftsman outside of the guild system by studying the design drawing and making models to display their skills in both field to gain entrance into the second stage, of the system where diploma work and then a final masterpiece would be required in order to gain master status. This model represents the cohesion between design drawing and model making through the fluidity of the staircases and how they appear to be intertwined with each other, while winding upwards towards the next landing. This model is comprised of joined, planed, bent, and carved pear, wrought brass wise, turned bone. This staircase model was part of the exhibition, “Made to Scale: Staircase Masterpieces — The Eugene & Clare Thaw Gift.” and it now is part of the “Models & Prototypes Gallery: Thaw Models” on the second floor in room 212.

Geordie Young is an intern in the Product Design and Decorative Arts Department at Cooper Hewitt. He is a high school student at Trinity School in New York.

One thought on “When Craftsmanship Meets Representation”

I read this email daily, and today’s object of the day was a particular delight.

It reminded me of a lovely exhibit of scale models, including one of the Pantheon, last spring in Bath, England. The exhibit highlighted the influence of Roman architecture on Bath (via Palladio): http://no1royalcrescent.org.uk/event/exhibition-rome-royal-crescent/

Keep up the good work, Geordie! Best wishes with your internship!