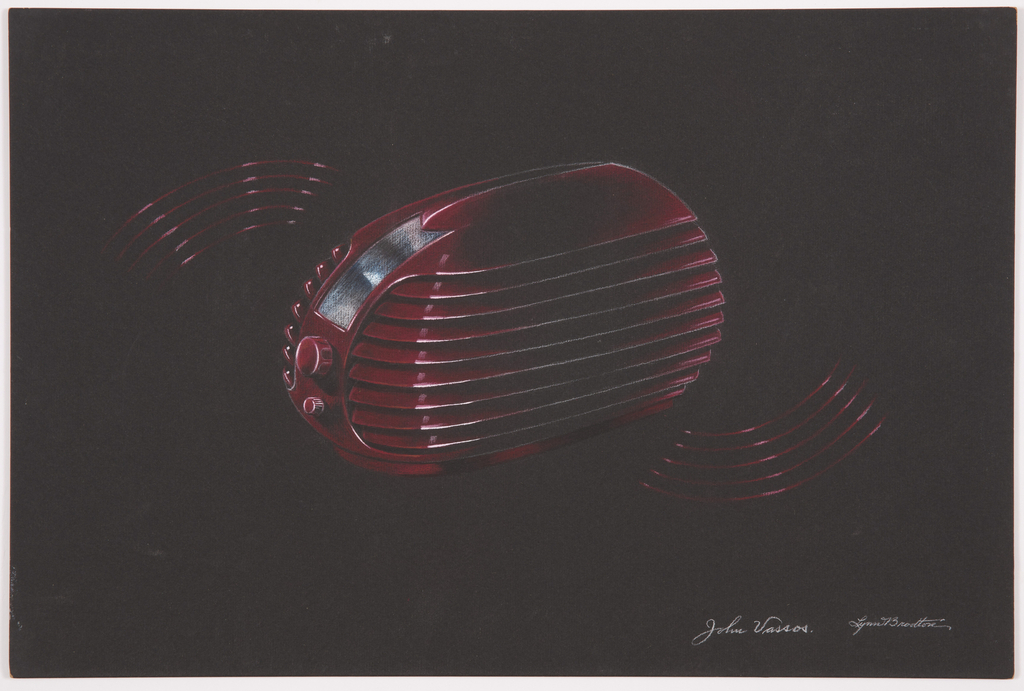 Set against a black background, this drawing of a cherry-red radio demands attention.  Its oblong form and stepped surface are echoed by curving red lines that float above and beneath the body.  These may be details, intended to show highlights that would be reflected on the curved surface, but there is also something less literal about their inclusion.  They seem to evoke vibrations, like the pulses of radio waves.  Adding to this sense of abstraction is the radio’s portrayal in three-quarter profile, which emphasizes its unique shape.

Although the drawing is undated, we know that it was designed by two noted industrial designers, John Vassos and Lynn Brodton, whose names appear, signed in white, at the bottom of the board.  Both designers worked for the client Radio Corporation of America, better known by its initials, RCA, a media conglomerate that produced radios and televisions.

Given the radio’s sleek outline, along with its color, and geometric ribbing reminiscent of Art Deco architecture, it likely dates to the 1930s.  The drawing is a recent acquisition for the Drawings, Prints & Graphic Design Department and is currently on view in the exhibition, World of Radio.

Caroline O’Connell is the Collections Assistant in the Drawings, Prints & Graphic Design Department.