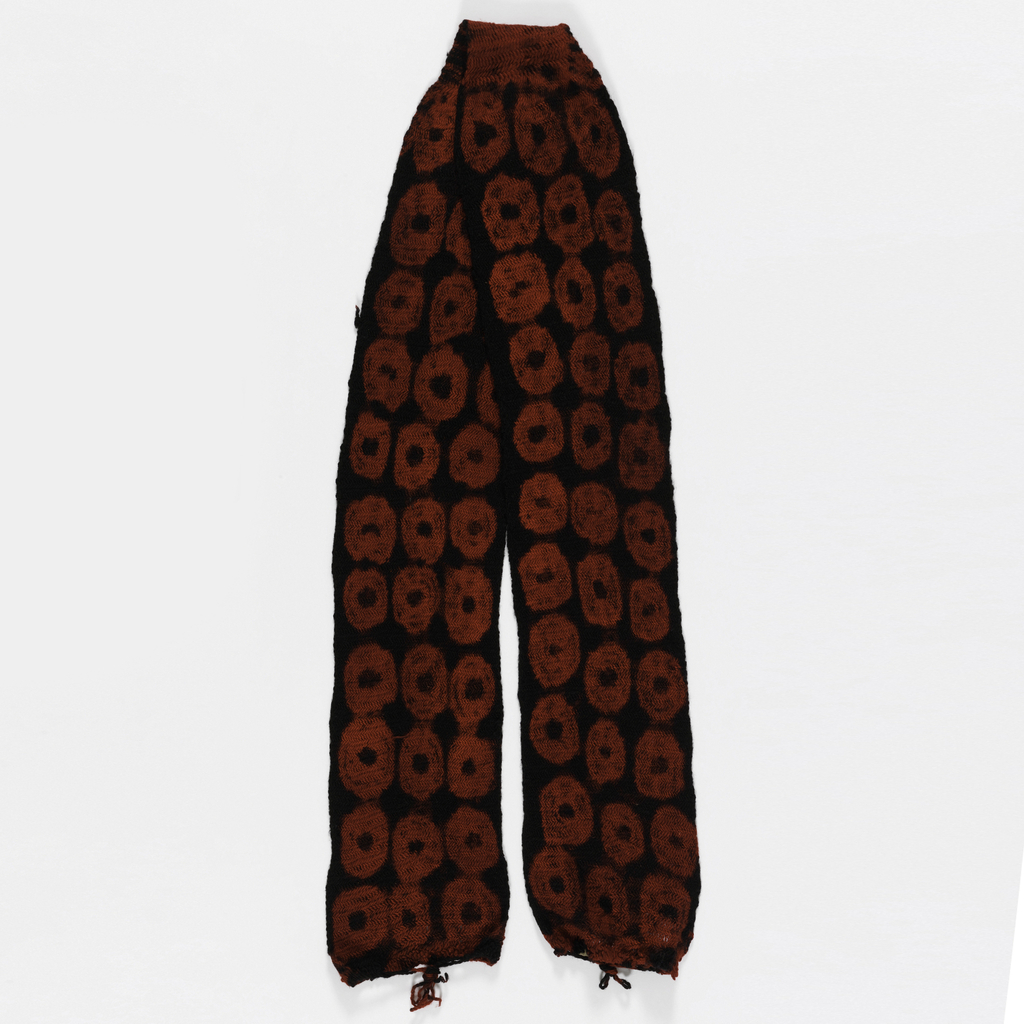 This tie-dyed wool head wrap from Tunisia was woven in the sprang technique, an ancient method of loom plaiting that, in its finished form, resembles knitting. In fact, before the development of knitting, sprang was often used to create bags, gloves, and head coverings due to its stretch characteristics.

Vertical yarns are fixed at both ends of a frame, and then pairs of yarns are interlinked, working from the middle, so that mirror image patterns are created simultaneously at the top and bottom of the frame. The work is pushed up and down toward the frame, and small sticks are inserted to prevent the work from unraveling. If the work is beaten as in weaving, the work can become quite dense and warm, or open, lacy effects can be created. When the fabric is complete and has been secured in the middle with one horizontal element–typically a heavy cord—the rods composing the frame are removed. The simple but bold two-color pattern is created through a tied-resist technique.

Sprang has been used around the world for widely differing cloths, from lacy open-hair nets to dense woolen hoods. The earliest known examples of the technique are from bronze-age Denmark (ca. 1400 BC), but there are also archaeological finds from pre-Columbian Peru, as well as from Egypt (4th to 7th century).

← Deco Dictators
Down the Drain →