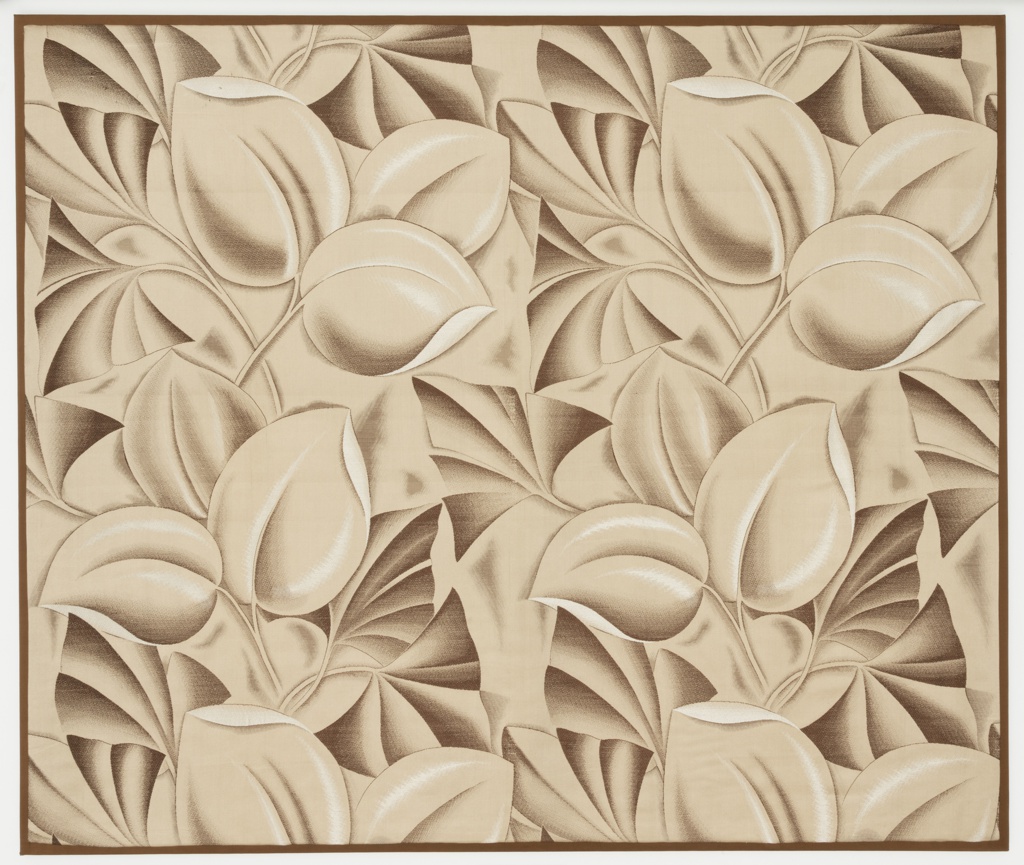 Robert Bonfils (French, 1886–1972) was a prolific illustrator and designer who is perhaps best known for his fashion illustrations for the Gazette du Bon Ton and Modes et Manières d’Aujourd’hui. He also contributed to Arts et Métiers Graphiques, and was commissioned to create the cover for the catalogue of the enormously influential 1925 Exposition Internationale des Arts Décoratifs et Industriels Modernes.

From about 1920 to 1939, Bonfils provided textile designs to the prestigious Lyon silk firm Bianchini-Férier. Leaves is a design of densely arranged, large-scale exotic foliage of two different species. The original gouache for the design is in the collection of the Musée des Tissus in Lyon, France, while a working drawing on trace is in Cooper Hewitt’s Drawings, Prints and Graphic Design department. This second-stage layout is scaled and marked for the punching of the Jacquard cards, with yarn selections and weave structures noted.

The taupe colorway was extremely popular in the period, and there are examples in Cooper Hewitt’s collection by Bonfils, Charles Martin, and Eduard Bénédictus which all share this color trend. The museum also holds an example of this design in a lush coral pink.