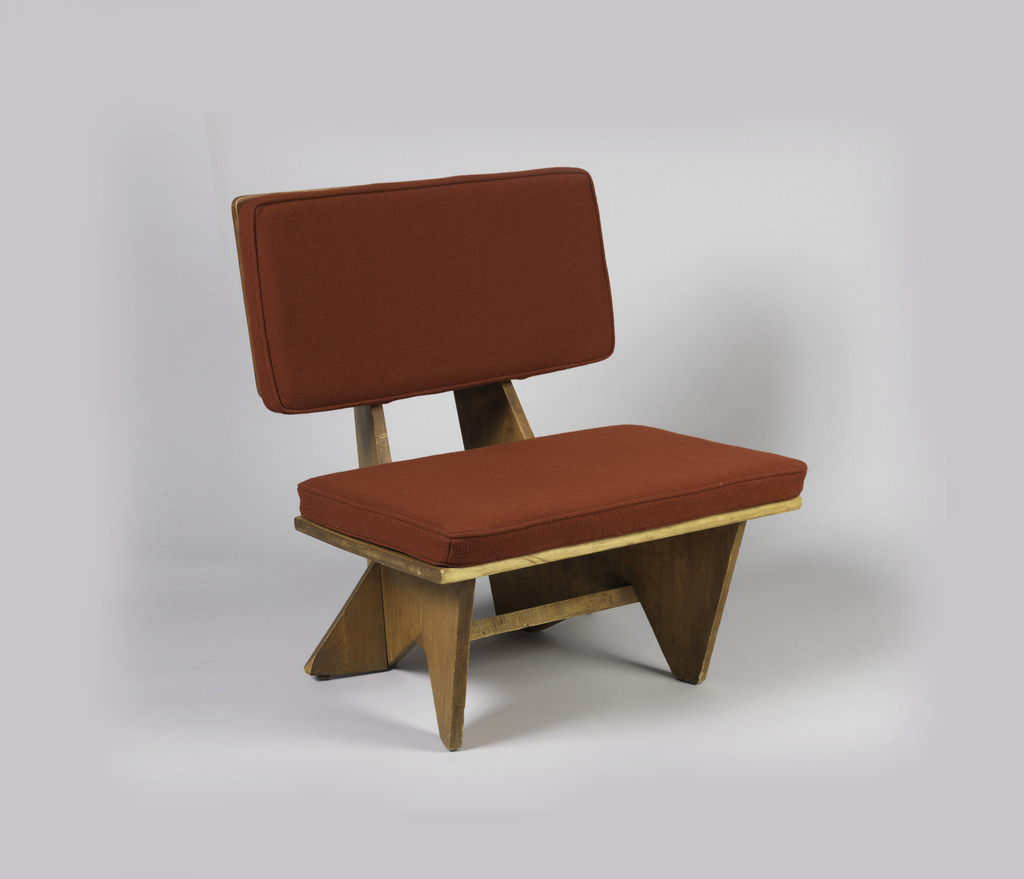 This chair is believed to have come from the Robert D. Winn House in Kalamazoo, Michigan, one of Frank Lloyd Wright’s Usonian homes— affordable housing designed for middle-class families. The architect used the adjective “usonian” to describe the unique character of the American landscape. Usonian furniture designs were simple and intended to be made on-site by the same carpenter engaged to do a building’s millwork; geometric planes of plywood echo the modular components of the homes.

The term “Usonian” was first used in 1865 by American writer James Duff Law as a more precise way to describe the United States rather than “American,” which technically includes Canada, Latin, and South America. Wright appropriated the term, misidentifying its origin as Samuel Butler’s utopian novel, Erewhon. The architect’s Usonian ideology was a utopian rejection of the International Style of the 1930s and favored instead organic design that incorporated natural materials and integrated ornament. These elements, Wright felt, were better suited for comfortable, modern living. His Usonian concepts also position the single-family home as the building block of modern society, bolstering his attitude that homes and objects should be uniquely designed for their occupants and users. Although Wright’s Usonian development concept Broadacre City never took root, he designed a number of Usonian homes and furnishings at moderate price points that tempered and democratized modernism with regional materials, simple forms, and an emphasis on the individual.

This chair can currently be seen in Ellen DeGeneres Selects, on view in the Nancy and Edwin Marks Collection Gallery through May 21, 2017.

← Mystical Incan Band
If I were a carpenter…,or a builder or woodworker →