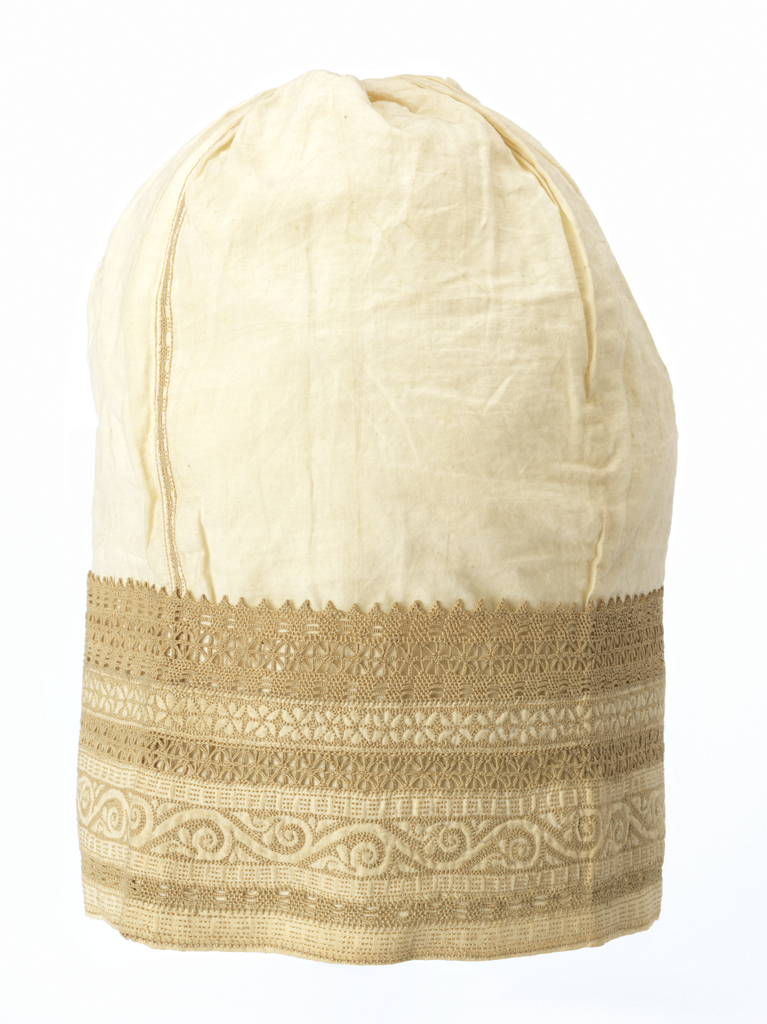 The decoration on this cap, found only on the lower edge and the single seam, accents its simple design. Wigs were commonly worn in public in the seventeenth century, and many men had shaved heads. When the wig was removed, nightcaps were worn to protect the head from drafty interiors, even during the day. They were thought of as protective accessories, and some literature even recommended stitching herbs into the cap for prevent illness. A woman probably made this nightcap for a member of her household. Needlework was an important part of the education and activities of women in the seventeenth century, even for the queen. The maker decorated this cap with alternating bands of embroidery and lace in geometric designs and a vine pattern, likely copied from a pattern book.

← Jardin d’hiver
Designing with Empathy: By the People and Pratt →